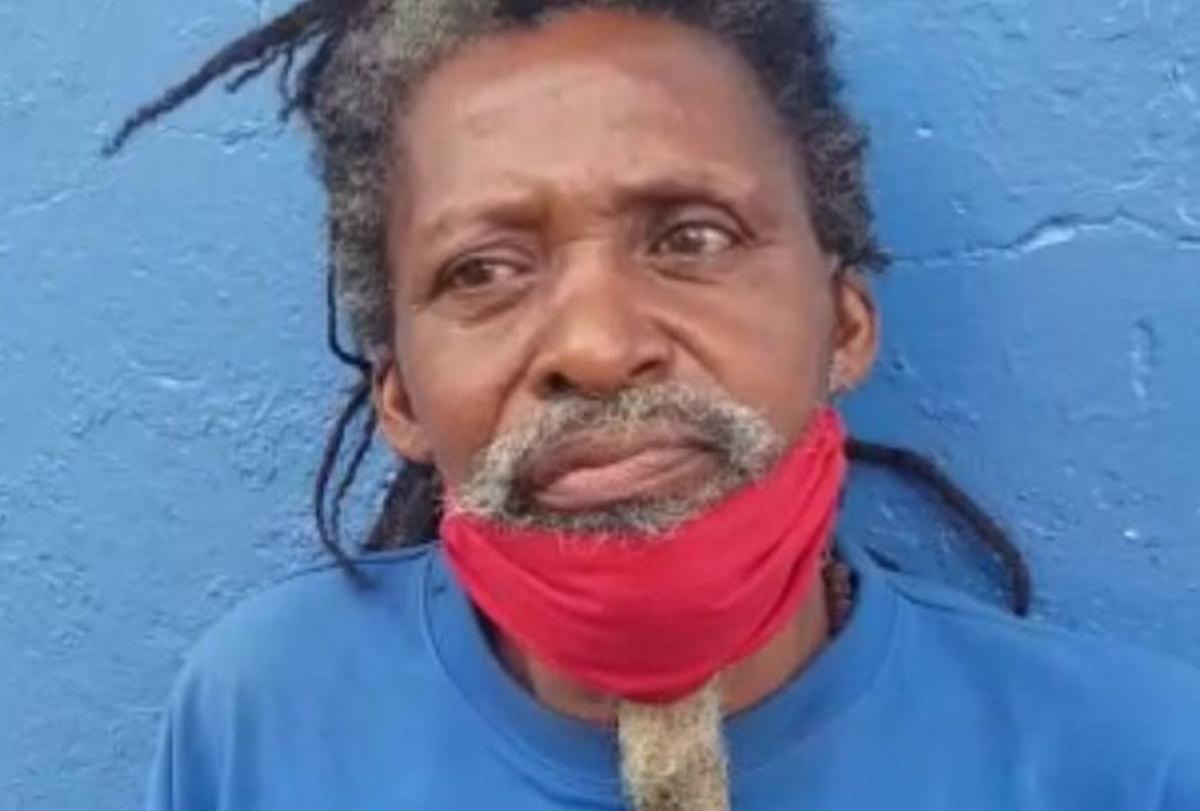 (Trinidad Express) – Citizens described as socially displaced were yesterday ticketed in San Fernando for failing to wear a mask in public.

Leslie Marshall who told the Express he is homeless, was sitting on the corner when officers arrived. He said they asked for his identification card and he handed it over. He said. “The man pull a book and the man start to write a ticket. I said, you didn’t give me no chance to explain myself, you totally disrespect my life as a human being … You pull up on me like I is a bandit.”

Marshall had a red mask on his face as he spoke. He said his masks was off when the police arrived as he had just taken a drink.

Marshall said he would not have the money to pay the fixed penalty and showed a $10 note in his possession. “I don’t have that (the money), I’m homeless,” he told the Express.

Eyewitnesses said a TTPS Emergency Response Patrol vehicle arrived along Mucurapo Street and the police gave tickets to five of the socially displaced.

Anthony Duncan who is known as Animal told the Express he sleeps on the streets. He said he was with his wife who was waiting for a taxi when an officer told him he did not have on his mask.

Duncan who wore a green mask while he spoke to the Express said he will not be able to pay the fine.

Should the men fail to pay the fix penalty before the end of 14 days, they will be required to appear before the San Fernando Magistrates’ court on December 1.

From last Independence Day, citizens over the age of eight years were mandated by law to wear a face covering over the nose, mouth and chin while in a public place and while with others in a vehicle.

Days after the passage of the law, Acting Deputy Commissioner of Police Jayson Forde said that the TTPS had acquired over 500 face masks which would be distributed to the socially displaced. He said they will be expected to wear them.