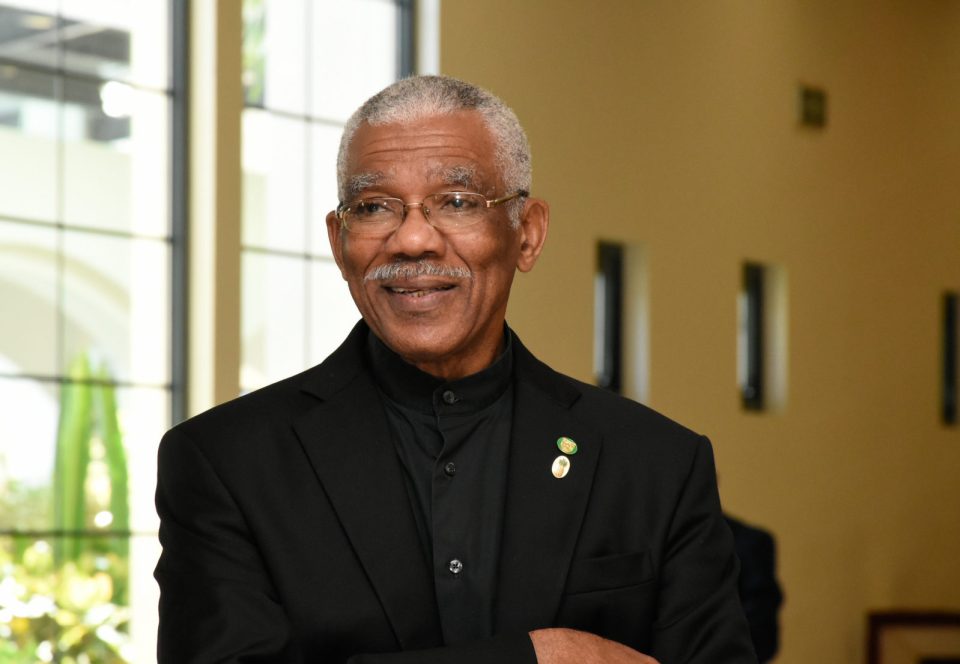 (inewsguyana) – Caretaker President David Granger says he is standing by the public chastisement meted out to incoming Chairman of the Caribbean Community, Ralph Gonsalves, by his A Partnership for National Unity, Alliance for Change (APNU+AFC) General Secretary, Joseph Harmon.

In fact, the Guyanese President is of the view that foreign officials should not be speaking on the internal political affairs of the country until its electoral process concludes.

Granger’s doubling down, in defense of his party executive, came hours after former Barbadian Prime Minister, Owen Arthur defended Dr Gonsalves position that CARICOM would not stand by idly and let someone steal an election in Guyana.

Harmon a day earlier lamented that Dr Gonsalves’ pronouncing on a process that is still ongoing is “prejudicial”.

This was supported by a public statement issued by the party which insinuated that Gonsalves had in fact proposed to direct a constitutional body in another CARICOM Member State, in the “execution of its duties.”

Harmon’s ‘vitriolic’ attack on Gonsalves was met with a stinging public rebuke by Arthur, who in a Newsroom Report on Friday said “”It can’t be that someone at the level of Mr. Harmon thinks that he has the authority to unleash the kind of vitriolic attack that he unleashes on Caribbean leaders…He is not a Caribbean leader, and your leader should tell Mr. Harmon that he is out of order and he is out of place.”

Arthur noted that in a few weeks, a Guyanese leader will go and sit in council with other leaders of the Caribbean and that the person could not “go there and face them if somebody in Guyana is sending them threats and lambasting them. How can that be? How can that be, how can your leader sit in council in good face with the other leaders of the Caribbean when someone in his party is trashing the reputation of other leaders. It can’t be allowed.”

The public repudiation however has unfazed the Guyanese caretaker president, who in an evening radio broadcast publicly supported Harmon.

He told the host of ‘Straight Up Live’, that Harmon was in fact speaking on his behalf and was voicing his government’s policy of non-interference, especially since the process is yet to be concluded.

Granger was at the time referencing the still to be concluded recount process being undertaken by the Guyana Elections Commission (GECOM) to ascertain the ballots cast during the March 2, General and Regional Election.

According to Granger while “I don’t want to say I am concerned but I must say that I prefer that no foreign Head of government, or no foreign official comment on Guyanese internal politics until the results are announced.”

Directing his remarks towards the CARICOM Leaders, Granger was adamant “…people should be more prudent in their remarks; we know what we are doing.”

Granger is adamant that with the first stage of the recount complete, the Guyanese electorate must now await the submission of the Report by the Chief Elections Officer, Keith Lowenfield, which he expects will include a summary of the observations raised by his party agents during the physical recounting exercise.

Lowenfield is expected to submit his report to the seven-member Elections Commission today.

According to the caretaker President, the nation must await the declaration of the full Commission and that he will abide with that declaration.

“Whatever it takes, the people of Guyana must benefit from the outcome of the process,” Granger said, as he opted to not speculate on the declaration that could be had by the Commission.