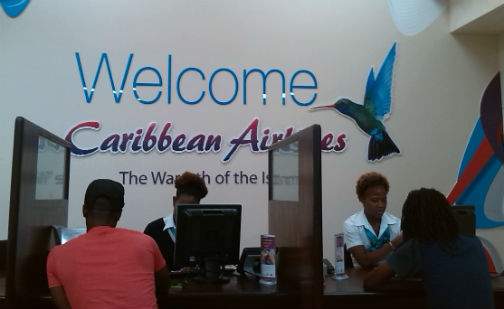 (izzso.com) – Plans by Caribbean Airlines to reduce its salary bill by sending some employees on no-pay leave, is not sitting well with the Aviation Communication and Allied Workers’ Union (ACAWU).

A report over the weekend revealed that CAL aims to reduce salaries by offering leave, reducing the salaries of others and temporarily laying off a third group.
This move is designed to save about US$1 million per month.

However, ACAWU, via a media release, warned against such action and breach of workers’ rights by the state entity.

ACAWU noted that while CAL proposed reducing operating staff salaries by five to 20 per cent; limiting the staffing requirement needed to perform essential operations; and sending home the remaining staff for three months without pay (furloughing), these were in breach of section 4(d) of the Constitution.

Section 4 (d) states “the right of the individual to equality of treatment from any public authority in the exercise of any functions.”

CAL reportedly intends to enforce the remedial plan from October, since its US$65 million government backing expires at the end of September.

ACAWU said while it understood the global and domestic economic challenges brought about by the covid19 pandemic, there were still policies and agreements to adhere to.

CAL’s Communication officer, Dionne Ligoure, said however that the only union recognised by the company is the Pilots Union.

She said ACAWU has no bargaining authority.