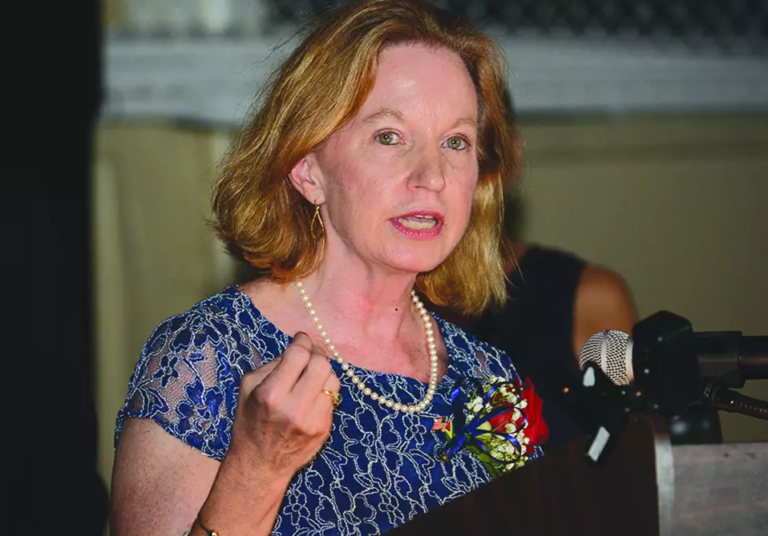 Kaieteur News – Companies from the Fortune 500, a ranked list of the largest companies of the United States (US), have expressed their interest in investing Guyana’s lucrative and diverse sectors. These and other details were shared by US Ambassador to Guyana, Sarah-Ann Lynch, during the annual general meeting of the American Chamber of Commerce (AmCham) Guyana.

The top 10 of the 500 companies include Walmart, Amazon, ExxonMobil, Apple, CVS Health, Berkshire Hathaway, United Health Group, McKesson, AT&T, and Amerisource Bergen. According to Fortune’s site, the 500 that made this year’s list represent two-thirds of the U.S. economy, with $14.2 trillion in revenue.

“I get calls from US companies regularly. Just last week, I met with the Business Council for International Understanding, a US-based organisation founded under President [Dwight] Eisenhower, whose members include Fortune 500 companies interested in what Guyana has to offer,” the Ambassador said.

She went on to indicate that US company representatives have enquired about a broad range of investment opportunities, including investment in the oil and gas sector, housing and urban development, environmental resiliency, satellite imagery and security services, among others.

“So, I challenge us all to improve this ranking in 2021… Over the next year, we look forward to partnering with AmCham on webinars in all of these areas. We look forward to US companies competing fairly and transparently in tender processes, as we want to remain Guyana’s top trading partner and partner of choice,” the Ambassador articulated.