Real Blizzard kept themselves in the hunt for a place in the second round of the Antigua and Barbuda Football Association (ABFA) Second Division on Monday as they clipped Tamo FC 2-0 when they met in Golden Grove. In the only match played on the day, Real Blizzard had goals from Anthony James who put his team ahead in as early as the ninth minute before Kael Hampson sealed the victory in minute 47.
Blizzard moves to 21 points and sixth in the 14- team Zone B standings, ensuring they end the competition within the top eight. Unfortunately, Tamo FC finishes one outside of the top eight in the ninth position with 16 points. The top eight teams in each zone will advance to the second round of the competition.
They will continue to compete against each other in the respective zones with the top team from each zone advancing automatically to the First Division. The teams placing second in each zone will go into a three-team playoff with the team finishing third from bottom in the First Division.
The winner of the playoff will gain promotion to the First Division. Blue Jays, Young Lions, 5P’s Wadadli FC, Green City, Garden Stars, Real Blizzard, FC Master Ballers and Abaya have all qualified from Zone B. The top eight teams in Zone A are Bolans FC, Jennings, Point Westham, Earthquakes FC, Blackburn Palace, Bethesda Bald Eagles, Bassa and JSC Progressors. 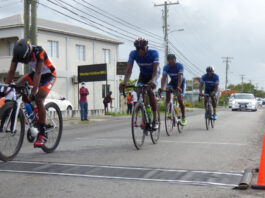 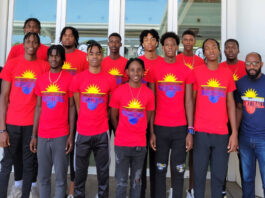 ‘We have some work to do’: Hughes calls recent St Maarten...