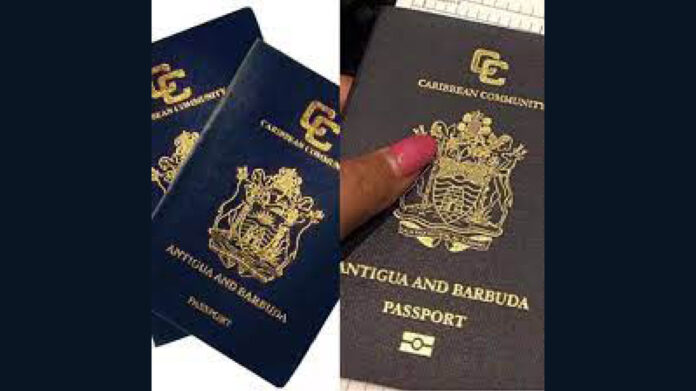 2013. While government says passport sales add vital dollars to public coffers, critics have raised concerns over the lack of publicly available reports. In the last of our three-part series by Observer’s Theresa Goodwin, we take a closer look at what lays ahead for CIP.

Over the past two weeks we have been sharing detailed information from a special investigation on Antigua and Barbuda’s Citizenship by Investment Programme (CIP) that was commissioned by the Caribbean Investigative Journalism Network (CIJN) in collaboration with the Media Institute of the Caribbean (MIC).

In the final edition of our three-part series, we take a look at some of the probe’s key findings.

The government has long maintained that the programme is too critical to fail, on account of the economic boost it delivers to public coffers each year. With that in mind, efforts are underway to ease concerns over lax oversight from the European Union (EU). The EU has been threatening to axe access to its Schengen area to holders of passports from the twin island nation, along with other countries with CIP schemes.

Earlier this month, Information Minister Melford Nicholas told a post-Cabinet press briefing that the Citizenship by Investment Unit (CIU) was in dialogue with EU officials with a view to allowing them to audit the programme and point out areas of concern.

“We are doing that engagement and, hopefully, at the end of it, we would be able to demonstrate that our programme is not as they would perceive,” Nicholas said.

The CIJN investigation also pointed to inefficiencies in the CIU’s ability to publish timely reports.

“The unit is mandated by law to produce a report to Parliament twice a year.  The online availability of any of the reports to the public is wholly lacking.

“For example, for the June 2020 report, only a pie-chart of the original nationality of applicants is furnished. Clearly labelled an ‘appendix’, there is nothing else about the report open to online inspection,” the CIJN reported.

At the start of this series Observer was also furnished with additional reports which were apparently pulled from the CIU’s website but are no longer available for viewing.

A recent circular from Parliament indicated that reports covering the periods July-December 2020, January-June 2021 and July-December 2021 were to be tabled at the most recent sitting. This, however, is still yet to materialise.

The laws governing citizenship by investment clearly require the CIU to furnish data about beginning and end balances for the National Development Fund (NDF) – the route most CIP applicants use and which requires a direct non-refundable US$100,000 donation – every six months.

Specifically, the law – as laid out in the Citizenship by Investment Act 2013 – requires, “The aggregate amount in the National Development Fund at the date of the report; and the date on which payment made by a successful applicant was transmitted from the National Development Fund to the government-sponsored project or the approved non-profit organisation, as the case may be, together with such other information as the minister considers appropriate.”

Those end or aggregate balances are missing from the reports that CIJN was able to access.

Without that data, it is impossible to determine what was spent and what remains in the pot.