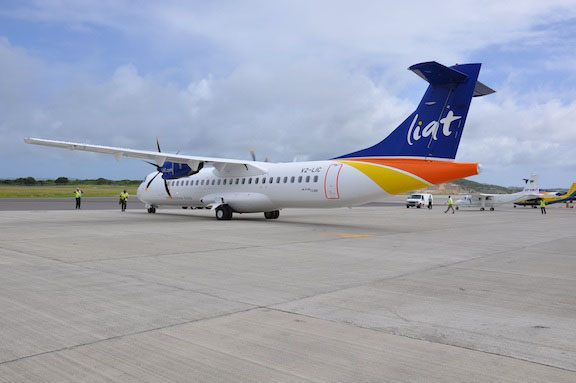 Aviation pundits are calling for a major upgrade to regional carrier, LIAT.

The struggling airline’s finances have seen a string of meetings held with regional shareholders in an effort to keep LIAT afloat.

James Lynch, an aviation consultant in Canada, is adamant that LIAT needs to improve its professional management or the company will collapse.

“I have been saying this over a decade now about what LIAT needs [and] that is professional management,” he said. “You cannot have an accountant with no previous aviation experience directing the airline. That is just madness, craziness. Politicians direct the airline through political appointees who have no qualifications and no experience running an airline and it’s a definition of insanity with doing the same thing every year and expecting a different result. This is insanity what is going on with LIAT for 50 years.

“Bear in mind that LIAT has not made public their annual accounts for about 40 years.”

Former chairman of the Antigua and Barbuda Airport Authority (ABAA) Gatesworth James also weighed in on the conversation saying the issue of the high taxation on tickets will continue to deter people from flying with LIAT. He is blaming government officials around the region of manipulating airfares.

“They figured that they can make money in addition to their ticket taxes. They can make money very easily that way. In my mind, they have really rigged the travelling public in the Caribbean [and] for us to get people to travel again there has to be a serious look at those taxes.

“I never agreed with Prime Minister [Gaston] Browne when he said it takes a year or something to get this thing off. I think that this could be done but it’s going to need a collective working together of Caricom people to understand that those fares are not going to induce travel at all. The only institution that will feel the brunt is LIAT,” he added.

Brian Challenger, an aviation consultant and former CEO of LIAT, is of the opinion that the Covid-19 pandemic has shed light on a number of issues affecting the carrier. He says this is an opportune time to look at addressing them and even hinted at the idea of a major downscale and alliance with other regional carriers.

When contacted by Observer for a response, yesterday, LIAT’s representatives declined to comment.