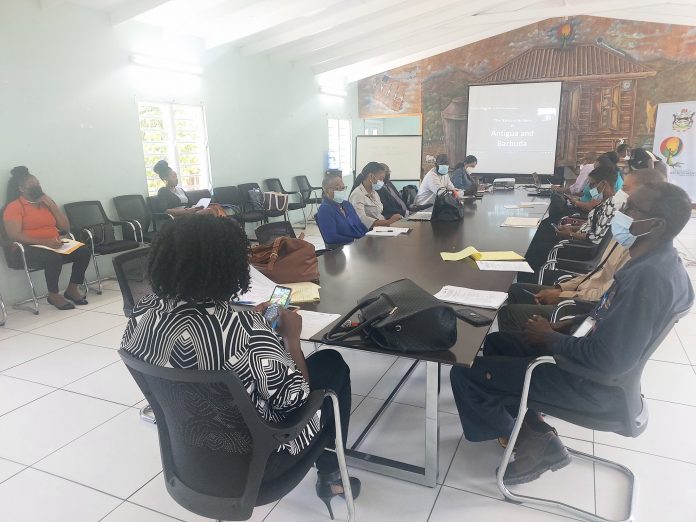 Healthcare officials and stakeholders responsible for sanitation in Antigua and Barbuda are actively involved in developing a National Medical Waste Plan for the country.

The plan is expected to improve poor waste disposal practices by reducing the amount of medical waste that enters the landfill, and in some cases, neutralising that waste before it reaches the landfill.

This type of waste contributes to the emissions of Unintentionally-produced Persistent Organic Polluters (U-POP) which are toxic to human health and the environment.

Daryl Spencer, the general manager at the National Solid Waste Management Authority (NWSMA) described it as a “watershed moment,” recognising its significance in solving the challenges of overall waste management on the island.

While the country’s largest health facility, the Sir Lester Bird Medical Centre (SLBMC), for the most part, has a strategic system of disposal, which includes the use of an incinerator and disposal assistance from the NSWMA, private institutions have been left to dispose of waste in a manner that they feel is safe.

In the absence of a strict disposal method, biomedical waste may be disposed of without proper labelling to instruct sanitation workers, and improper disposal could lead to leakages of harmful liquids.

This practice is particularly concerning given the increase in the waste generation rate from tourism and an increase in imports of medical grade materials to manage the Covid-19 pandemic.

This would have increased both the quantity of medical waste along with the number of generators of waste due to hotels and private practices conducting Covid-19 tests.

It ultimately means that the country will require alternate and effective laws and policies to reduce the amount of potentially infectious and toxic wastes that emanate from the hospital, private medical and dental practices, funeral homes, universities that practice medicine, and even tattoo parlors.

The findings of an inquiry commissioned by United Caribbean assessed the way medical waste is managed in the country and revealed a number of deficiencies in the storage and disposal methods currently adopted.

Consultant Camille Roopnarine reviewed the Situational Analysis during a workshop on Friday.

The preliminary findings showed that currently there is no legislation specific to the generation, storage or treatment of medical waste in Antigua and Barbuda.

Six articles of law – the Physical Planning, Public Health Act, Litter and Control Act, Environmental Protection and Management Act and National Solid Waste Management Act, and the St Georges Declaration – act as enabling legislations, yet, they are not specific to the management of medical waste and waste water.

To close that gap, stakeholders need to identify and implement specific waste minimisation policies and create a manifest system to document the type of waste generated and to ensure that waste is tracked from generation to disposal.

In addition, they would need to establish a monitoring and evaluation system for medical waste at the hospital as well as a system to monitor the activities of private institutions.

He also noted that the government does not currently know how the disposal of waste from funeral homes, parlors, laboratories or clinics are handled or by whom.

“We are not even sure of who are the people or entities disposing medical waste and how they are managed,” the minister underscored, as he noted what he called weaknesses in the health system which were brought into focus by the pandemic.

To confront these weaknesses, the minister said he would ask the Cabinet to consider strengthening some of the laws that guide waste management like the Public Health Act which was drafted about 65 years ago.

“I deem this an urgent matter because there is a possibility, hopefully not soon, but in the near future, for more viruses and Covid has said to us that we were not quite ready.”

This would also include registering waste generators and waste haulers and installing a system that necessitates the separation of waste material.

Representations were made by the National Solid Waste Management Authority, the Central Board of Health, and the Ministry of Health – all entities who play a key role in health and safety on the island.