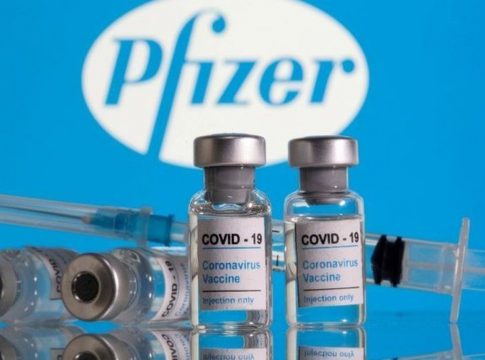 There were mixed reviews as a few residents weighed in on the latest announcement by the government that children 12 years and older would be vaccinated in the near future.

Observer media took to the streets of St John’s yesterday and asked residents if they would allow their children or grandchildren to be vaccinated.

There were some who outrightly said neither themselves or their offspring will take the jab.

“Well, my babies will be home schooled until this over. If an adult won’t, why would a child get it?” one person responded.

“Am I missing something here? Was a discussion held on this matter? Was the public notified via a media panel discussion by health officials and explanation given to which vaccine might be the more tolerated one for the children? Did the government get parents’ feedback and calm any concerns parents may have?” questioned another.

“Me nah tek no vaccine, so neither my niece, nephew or even children taking this vaccine!” declared another.

On the other hand, there were a few who said they would not be opposed to the idea, but they are just concerned about how safe it would be.

“If everything is okay, then I don’t see why not,” said one person.

“Once the medical experts give their approval, I don’t see why parents wouldn’t let their children take the vaccine. It will help to keep them safe,” added another.

“Many of the children are due to get their 15-year-old shot. I have a granddaughter who just took hers and I am not against her getting the vaccine, but what I want to know is will it be a problem to take both? I just want to ensure it would be safe enough,” another mentioned.

Cabinet announced on Thursday that the Pfizer vaccine — which is the only one approved for youngsters 12 and older by the World Health Organization (WHO) — would be among 66,000 shots set to arrive in the country from the US shortly.

Government is keen to halt the spread of the virulent delta variant, especially ahead of children returning to school in September.

Despite announcing the intent to inoculate children over 12, government has not stated that it will be mandatory.