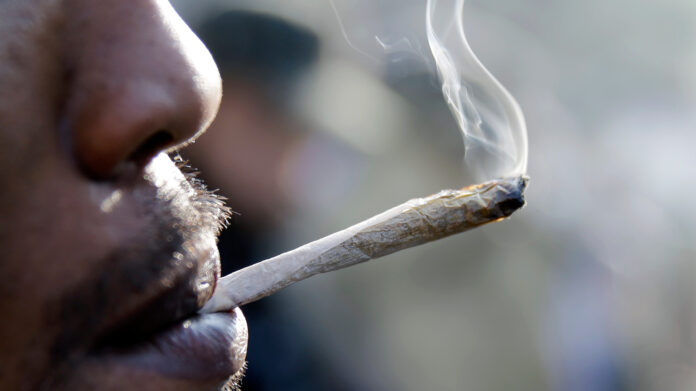 Medication to combat the side effects of using cannabis and other recreational drugs could become commonplace among the country’s young men.

That was the stark warning yesterday from Internal Medicine and Psychiatry Consultant at the Sir Lester Bird Medical Centre, Dr Chenelle Joseph.

She disclosed on the Observer AM show that she is currently caring for several patients – both at the hospital and at her private practice – who are suffering from the negative effects of smoking marijuana and using other drugs.

“He got one dose so he got better, so he went a bit more with the marijuana and we just kept chasing after it,” Dr Joseph said.

She is encouraging parents to be vigilant towards their children’s behaviour and educate them on the repercussions of using drugs. She discussed the psychological effects of marijuana and the way it interacts with chemicals in the brain.

“A lot of people think, well it’s natural so it can’t be toxic or bad for you. There are marijuana and THC receptors in the brain and in a young pre-teenager whose brain is still developing, you want to avoid any chemicals that might interfere with that process,” she explained.

Additionally, the consultant believes that parents should warn their adolescent children that marijuana use should be the preserve of adults only.

“I would at least recommend that all parents sit down with their children and educate them. Yes, this may be decriminalised but it is not appropriate at that age. I would recommend that they wait until adulthood and make an informed decision,” Dr Joseph advised.

The medical practitioner said mental health in Antigua and Barbuda should be treated as any other illness.

“If we have no issues with going to fill the prescription for insulin to treat the diabetes, we should approach treating the depression the same way. It’s all chemical imbalances, different organs, one organ shouldn’t be more taboo than the other.

“It’s going to take a lot of education – at the individual level but also having the government put things in place to make people feel OK to address their mental health issues,” she advocated.

The government decriminalised small amounts of marijuana in 2018 and, since then, some mental health professionals and advocates have voiced concerns over its use by minors.