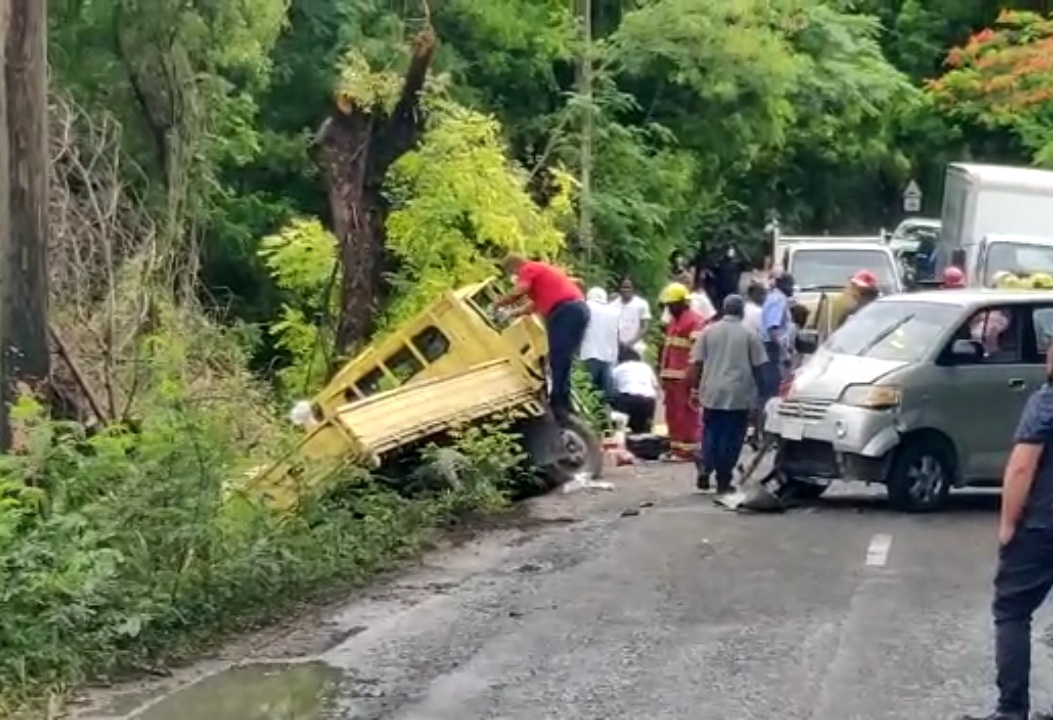 A number of prison inmates are among those injured in a road accident in Cedar Valley this morning.

A vehicle transporting prisoners along with an officer was involved in a collision with another vehicle driving in the opposite direction.

The drivers of both vehicles were also rushed to hospital.

Details are still coming in, but police spokesman Inspector Frankie Thomas told Observer the incident is believed to have happened at around 9.45am today.

A video being circulated on social media shows a yellow pick-up truck in a ditch with fire officers on the scene, and a damaged van blocking the road surrounded by onlookers.