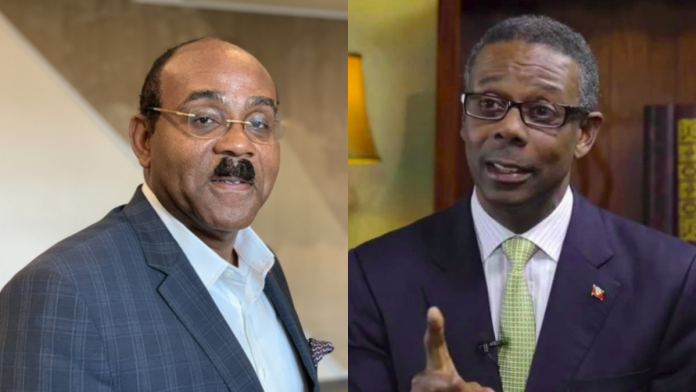 Despite the furore surrounding the likelihood of an early general election in Antigua and Barbuda, Prime Minister Gaston Browne is keeping his cards close to his chest, while talking down the potential of the main opposition party that is confident it will be successful.

Approximately one year ago, Browne teased the idea that the next election – constitutionally due in 2023 – could be held “as early as November [this] year” and the developments coming out of this week’s Cabinet meeting have done little to quell that notion.

The post-Cabinet report stated that the Supervisor of Elections was instructed “to make the arrangements to purchase ballot paper, to acquire all other supplies necessary to conduct free and fair elections and to ensure that all human and material resources required to hold flawless elections are available to the Antigua and Barbuda Electoral Commission in quick order”.

The body also took a decision, acting under the constitution, to “establish an Election Boundaries Commission”.

That commission will include three commissioners named by the government – Hilroy Humphreys (Chairman), Garfield Christopher (member), Ivor Ford (member) – and one named by the opposition, who they have invited to nominate a member.

These actions have no doubt ‘stoked the election fire’, causing many across the country to speculate whether the idea of an early general election could become a reality.

Responding to Observer’s queries on whether the election will be called early, Browne simply said, “Insofar as the timing of the next general elections, what I’ll say is that a still tongue keepeth a wise head.”

That proverb is obviously meant to maintain some sort of mystery, but there is one man who – having a big stake in the next elections – is not convinced.

Leader of the main opposition United Progressive Party (UPP), Harold Lovell, believes the elections will indeed be called early and expressed confidence that his party will be successful.

“They are going to call the election because they know that there are some tough decisions that they want to make. The finances of the country are in a mess, we anticipate that tough measures are ahead…and so, they intend to call an early election.

“We’re working very hard and we will win the next election, so as far as we’re concerned, we’re ready for them to call the election and they should call [it] as soon as possible,” the UPP leader told Observer.

Lovell’s party has been in preparation mode for some time, announcing its full slate of candidates for the next election late last year and laying the proverbial groundwork within the voting population with a number of virtual public meetings.

Despite their efforts though, the prime minister is not convinced the opposition will mount a successful challenge to his Antigua Barbuda Labour Party (ABLP) in the next poll.

He pointed to Lovell’s alleged previous failures as reason the UPP is likely to fail.

“This idea about hardships [and] increased measures, that’s a fabrication by Lovell…and his claim that they will win the upcoming general elections, he made that claim in 2014 when he was de-facto prime minister, he made that claim again in 2018 when he was leader of the [United Progressive Party] UPP and on both occasions, they lost by a landslide. So, his predictions are normally contrary to reality.”

Browne has previously suggested that his party will improve on its showing in the 2018 general election by sweeping all available seats the next time around. The ABLP currently holds 15 of 17 seats.