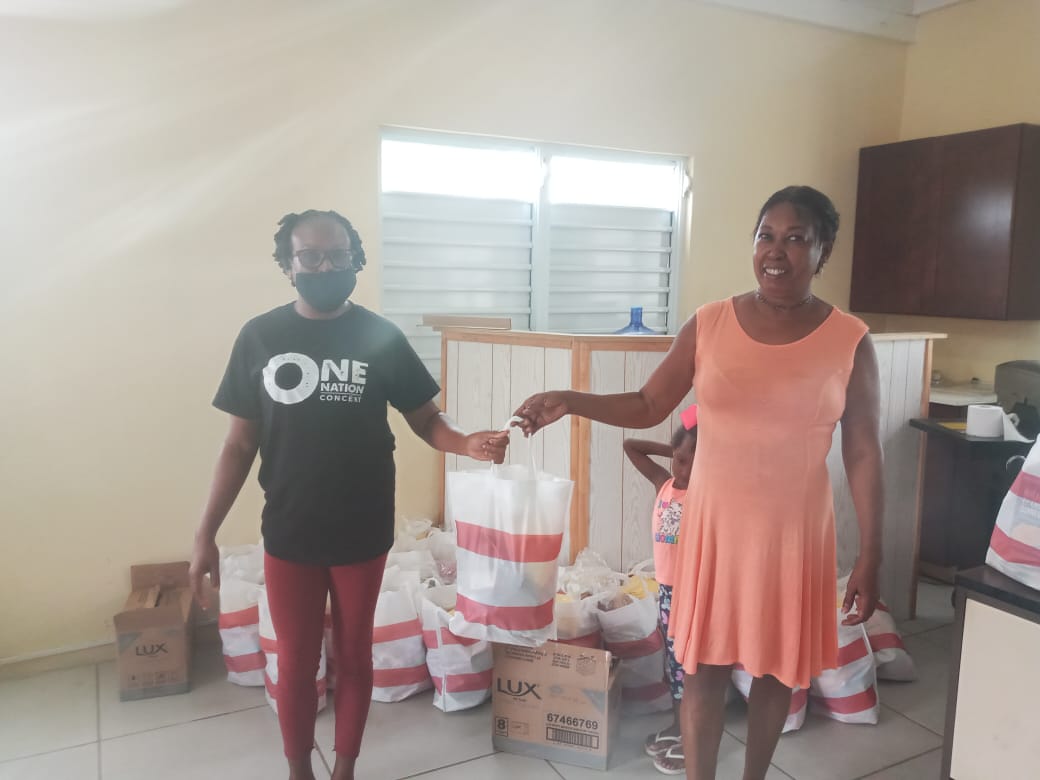 Those less fortunate parents who have children attending the Villa Primary School, in addition to picking up their child’s report cards this week, will all be receiving care packages.

The initiative will see a little over 120 packages of toiletries, dry foods and drinks being distributed. This donation comes only a few weeks after a church in the same community distributed care packages of their own.

Principal of the school, Mrs. Sandra Felix, spoke on how the massive food drive came about.

“In speaking to my teachers, I was made aware that there were some parents who had expected to receive food packages from a previous donation, and I remember in one message, a parent said that she was really depending on the food for this weekend. It really touched my heart to be honest, it was heartbreaking. I couldn’t sleep. I had to help my parents. Prior, we were doing some packages, but I think we were concentrating on at least 15 families that were in real need, so maybe every two weeks these parents were getting food but when I realised the numbers were greater, we had to do something.”

It was then that the educator said she reached out to several businesses and prominent officials to assist with this donation.

“They heard my story because I shared the scenario with them, and they approved. They really came out and really contributed, so I am totally grateful. They gave snacks, crackers, cases of turbo, bags of rice and cornmeal, sugar, just so many things. It was so many things, and we still even have some left over, that if needed we can pack some more bags for those persons whom we left out; and even look at some of our teachers who are also in need.”

Mrs. Ann Tongue, general manager of Bryden’s and Sons Ltd., along with Mrs. Solomon and Mr. Singh, Gregory Georges of West Indies Oil Company (WIOC), Senator Mary-Claire Hurst, Anthony Smith of Western Union and Dr. Nicola Bird, all contributed to the drive and were thanked by Mrs. Felix for their support.

“It is a proud moment. We are very proud to be giving out these packages. We are smiling. I really want to say thanks to my teachers as well, who came out and helped to package these things. They really came out and helped. The deputy principal was supportive of the idea. It was a team effort, and I am just really happy, because we have the best learning institution in Antigua and Barbuda and more is yet to come,” said Felix.