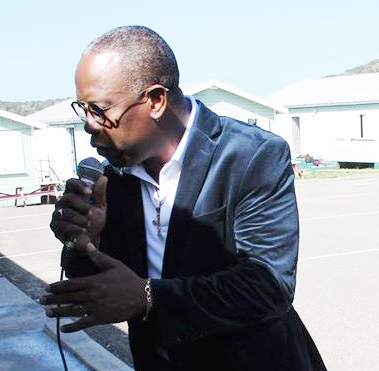 A noted industrial relations consultant is using the court to force Antigua Trades and Labour Union (AT&LU) officials to support legal action filed by former APUA workers fighting for what could be millions in unpaid pension payments.

Anderson Carty, who filed the submission in the industrial court this week, is convinced that this is the only option, saying he can no longer count on the President of the Union, Wigley George, or its General Secretary, Hugh Joseph, to voluntarily support the workers who are clamoring for payment from the state-owned utility company.

Carty told Observer that the union’s support is needed for the first hearing in the matter emanating from the case which comes up on June 4.

On that day, the court will be asked to consider an application by APUA which claims there are contrasting interpretations of a clause in a collective agreement signed decades earlier between the utility firm and the AT&LU.

APUA is seeking to have the employees’ claim struck out, indicating that only the company or the AT&LU can bring the matter before court – as they were the parties that forged the original deal – and not Carty who the aggrieved ex-workers have chosen to represent them.

“In support of the workers’ claim that there is no misinterpretation of the agreement, I have asked the president or the general secretary to appear as a witness on the behalf of the workers who have been paying union dues for years,” Carty said.

He insisted that he resorted to this position after all other attempts had failed. The application for the summons was filed on Tuesday, and a draft was presented to the union officials shortly afterwards.

When contacted, Joseph acknowledged receipt of the draft summons and revealed that the union is still in open dialogue with APUA.

George deferred comment, until he is fully updated on the ongoing matter.