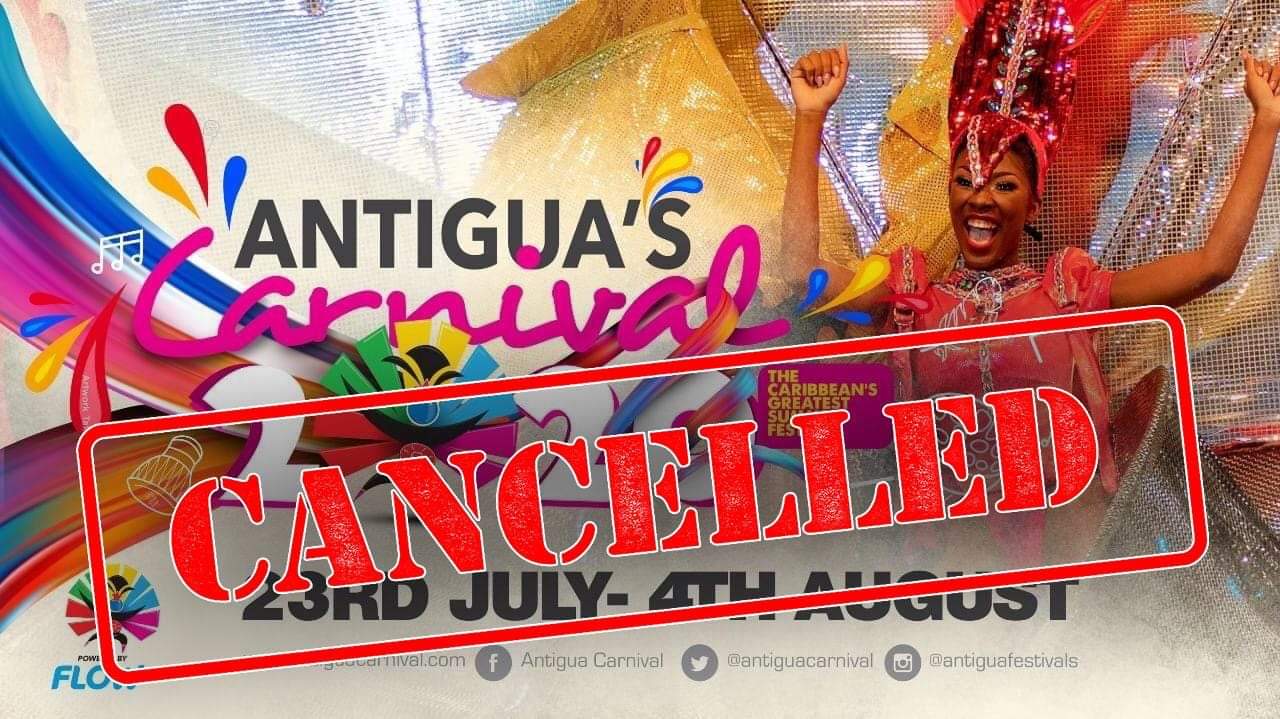 The following is a press statement from the Antigua and Barbuda Festivals Commission:

Minister Matthew said that Cabinet, during its discussions over the weekend, accepted his recommendation to cancel the 2020 Carnival festivities, which were scheduled to be held from July 23 to August 4.

“Cabinet looked at the circumstances surrounding the worldwide Coronavirus pandemic and agreed that the hosting of the activities at this time would not be in the best interest of the population in maintaining good health, which is the foremost priority of the government. The festival is also expected to be affected by the projected negative economic impact the virus will have on Antigua and Barbuda. It was therefore agreed to cancel the celebrations and advised that the focus should be placed on the planning of Carnival 2021 which will coincide with the hosting of Carifesta XV here in Antigua and Barbuda.,” Minister Matthew said.

“Also contributing to the cancellation of the festivities is the strong belief that the public will have no interest in attending social and entertainment gatherings during and after the COVID-19 pandemic.” Matthew said.

He also revealed that the Festivals Commission has produced an Independence Schedule for this year which will be released when there has been official clearance that the Covid-19 pandemic has subsided.

“We will continue to plan for the Independence celebrations in late October early November in anticipation that the environment would facilitate activities of this nature,” outlined Minister Matthew.

Antigua and Barbuda’s Independence celebrations are expected to be held in the next six months from October 24 to November 2, 2020.