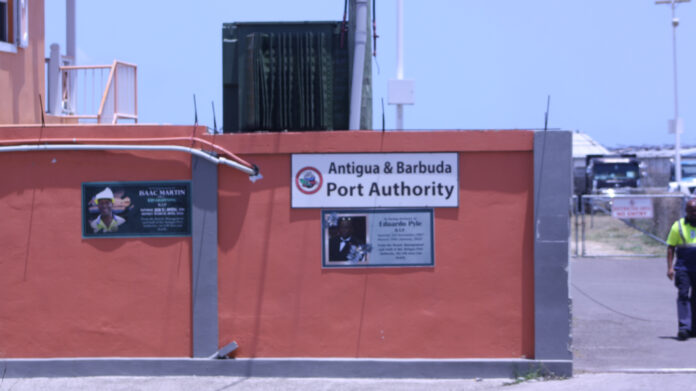 Workers at the Antigua and Barbuda Port Authority said they are prepared to continue staging their protest action until their grievances are satisfactorily addressed by the management.

According to the Port’s shop steward, all the employees who were scheduled to work yesterday refused to do so, in an effort to get management to address outstanding payments and other unresolved issues that remain on the table.

The shop steward, Amin Henry, also told Observer the disgruntled workers are seeking a resolution to their outstanding back pay issues which are owed from as far back as 2009 through to 2016.

Their action yesterday affected administrative procedures, to include the clearing of goods, cashiers, accounts, and Human Resources.

The workers claimed the back and forth during meetings between the port’s management and the staff’s bargaining agent — the Antigua Trades and Labour Union (AT&LU) — have left them frustrated.

Henry further stated that the workers are dissatisfied with the representation by the union considering that union dues are mandatory and automatically deducted from salaries.

As a result, workers represented by AT&LU who were present at the Port refused to perform their duties.

Observer was unsuccessful in contacting the President and Vice President of the AT&LU. A statement was also sought from Port Manager Darwin Telemaque, but one was not provided.