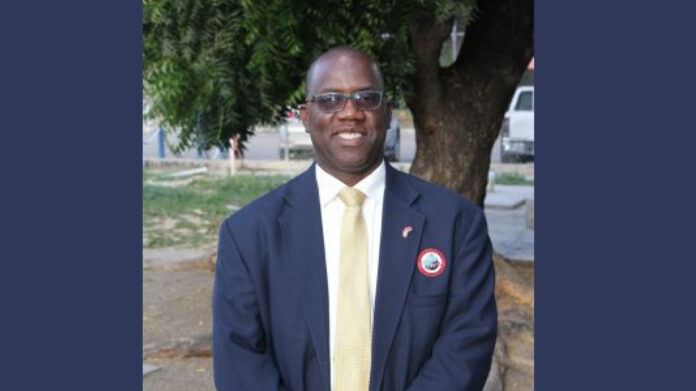 With redevelopment work at the country’s main seaport now complete, plans are now being put in place to ensure that adequate arrangements are made to cover the additional operations.

Port Manager Darwin Telemaque explained that they have had to begun making provisions to bring on additional staff along with other measures at the Deep Water Harbour.

“There are challenges in that respect. Instead of having one set of staff who were working that one shift during the day, you now have two sets of staff that are now engaged, so that is putting pressure on some other areas. We are addressing that as well, and we have to be prudent in what we do in the steps to address this,” Telemaque said.

He however welcomed the challenges as “they will bring great benefits to the port.”

One of those benefits is the impact on the supply chain on both a national, regional and international scale.

“We have typically not been considered a major part of it, but we are going to insert ourselves in there because we are. The port is a critical node in the supply chain, both national and international. We facilitate and we impact on delivery, we impact on cost, we impact on quality of life, quality of deliveries. So, definitely, from a supply chain prospective, the port has advanced itself to play a critical role in that respect, and we are now hoping to see those transform into greater efficiencies,” he added.

Another benefit is the enhanced delivery at the port side.

Already persons have been feeling effects of that, according to Telemaque, and the hope is to build upon that service to make it an easy, simple and less stressful process for the workers and patrons.

This hope, he said, will be moved along by the implementation of a digitised program at the gate.

“That means that we won’t be having any paper; everything will be scanned. So, you make your booking for your arrival, you show up, we scan you in, we scan you out. That should not take long, so the idea here is to introduce for the first time in Antigua the real benefits of containerisation from a port perspective.

Containerisation is a type of virtualisation in which all the components of an application are bundled into a single container image and can be run in an isolated user space on the same shared operating system. Containers are lightweight, portable, and highly conducive to automation.

“We’ve had containerisation from a vessel perspective for a long time, but the impact of being able to move the containers through the system was impeded because we had a break-ball port, and so the layout was just not conducive to having the effectiveness of containerisation materialise in the private sector.

“Now that we have a dedicated container terminal that means we can put it where we want, we don’t have to go moving it around again, and when we are ready for it, we can pick it up and move it, and we believe that with the digital component built in, we are going to see significant advancements in our delivery of service to the customers,” Telemaque explained.

Telemaque added that with this completion, the hope is to have the port become one of, if not the top seaport in the region.

News of the US$90million redevelopment completion came last Friday from Telemaque himself who revealed that on Thursday a document was signed with top officials from the China Civil Engineering Construction Corporation (CCECC), the group that was contracted back in 2018 to construct a cargo port and cruise ship harbour here in Antigua.

There were however several delays over the years, the biggest brought on by the Covid pandemic, but the Chinese firm stayed the course and completed the work, and the port now boasts a new cruise berth, as well as cargo and logistics facilities and other amenities.

Offices were also built to house the Customs and Excise Division, Plant Protection Unit, Immigration and other services that customers accessing the port would generally have to journey to St John’s for, and then return to the Deep Water Harbour.

A major ceremony will be held to commemorate the occasion. However, an official date for that event has not yet been finalised.