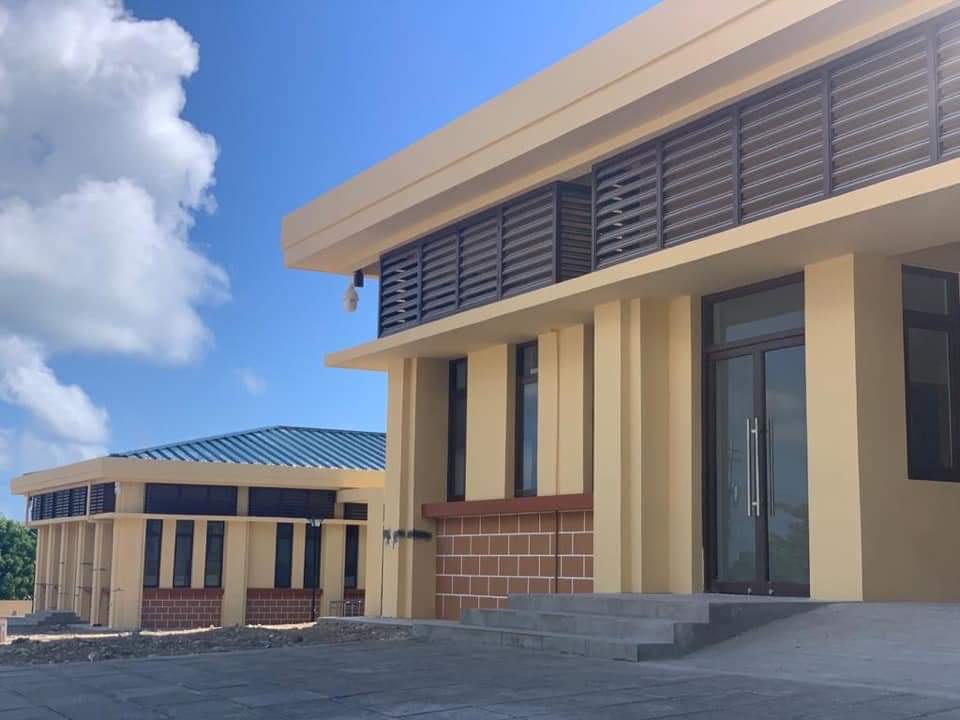 The minister of health says the addition of two polyclinics in Glanvilles and Villa will further encourage the public to take their health seriously by availing themselves of all services which will be offered outside the city.

“This is really a great addition to the type of infrastructure that we set out to build in Antigua and Barbuda for the effective delivery of health care services to the citizens and residents, and this is the result of a long-term plan to bring healthcare facilities close to the communities,” Minister of Health Molwyn Joseph told Observer during a walk-through of the Glanvilles facility yesterday morning.

He added, “For so many years, healthcare services were centralised in St John’s. Earlier, in colonial history, we had the Central Board of Health and the Holberton Hospital and I think a few years ago we decided that in order to encourage people to practice good health and visit the doctors on a regular basis and get treatment, we thought that it would help to take this service into the villages.”

The clinic, which was a gift from China, is equipped with modern diagnostic machines and other equipment that will enable examination of eyes, dental procedures, and treatment of diabetes, hypertension and other diseases.

In fact, Minister Joseph hinted at the possibility of minor surgeries similar to those offered at Mount St John’s Medical Centre (MSJMC) being conducted at the Glanvilles site. He further mentioned that this clinic along with the one in Villa, once operational, will work hand in hand with MSJMC as some of the specialised medical personnel will be attached to the facilities as well.

“The features of this clinic will allow us to decentralise some of the services. It’s obvious with the diagnostic equipment that we have here, we will be able to do some minor procedures. I was speaking to the medical director [Dr Albert Duncan] and he said he could easily do a routine hernia operation up here. So, someone will not have to go all the way to St John’s; and then we have a dental clinic here as well. All the features of this polyclinic are similar to what we have at [MSJMC] and so I am very pleased and I want to thank the People’s Republic of China for their contribution,” the minister said.

Regarding the staff complement, Joseph said that he and his team — which includes the principal nursing officer and other senior nursing officials — will have to discuss how many nurses will need to be deployed.

“It’s hard to guess and that’s why we are visiting and that’s why the principal nursing officer is here. When we return to the office, we will then sit down; they have seen what is required and then we have to plan the human resource calendar of commitment for this facility,” he disclosed.

A date for when the Glanvilles polyclinic will be opened, according to Minister Joseph, has not been determined as “it all depends on how quickly they can mobilise human resources”.