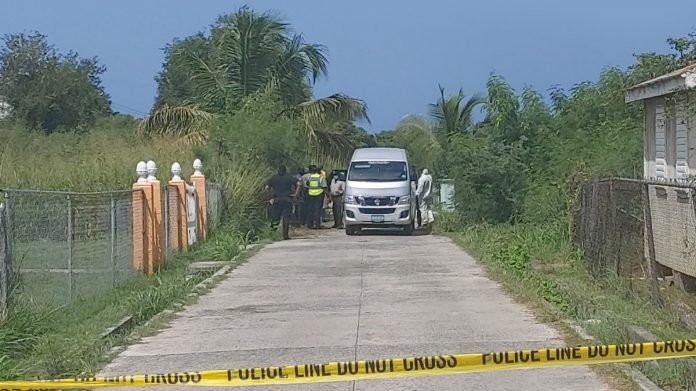 The police are still putting the puzzle pieces together into the latest case involving the discovery of a woman’s body which has been upgraded to a homicide investigation.

Public Relations Officer Assistant Superintendent of Police (ASP) Frankie Thomas told Observer that investigations commenced the moment police received the report and arrived on the crime scene. He also said that several people had been interviewed on the spot in order to piece together the circumstances surrounding the incident.

However, to date, no suspects have been identified in the matter.

Investigators in the Major Crimes Unit of the Royal Police Force of Antigua and Barbuda began treating the tragedy as a homicide over the weekend following reports of a teen finding the body of 52-year-old Margaret Harris in some bushes on Wireless Road on Friday.

Though foul play was not announced initially by police, residents reported hearing screams earlier that morning. Additionally, trails of blood were observed in the area near the scene where Harris’ body was found on a vacant plot of land.

Residents also said that they had complained about the high vegetation in the area before the incident occurred.

The discovery was made to the police around 7:30 am and the woman, who worked at Customs & Excise Department, according to some reports, was pronounced dead at 9:38 am where further examination revealed multiple injuries about her body.

Meanwhile, the police have continued their appeal for anyone with information surrounding this incident to contact the Criminal Investigations Department (CID) at 462-3913 or Crimestoppers at 800-Tips (8477).