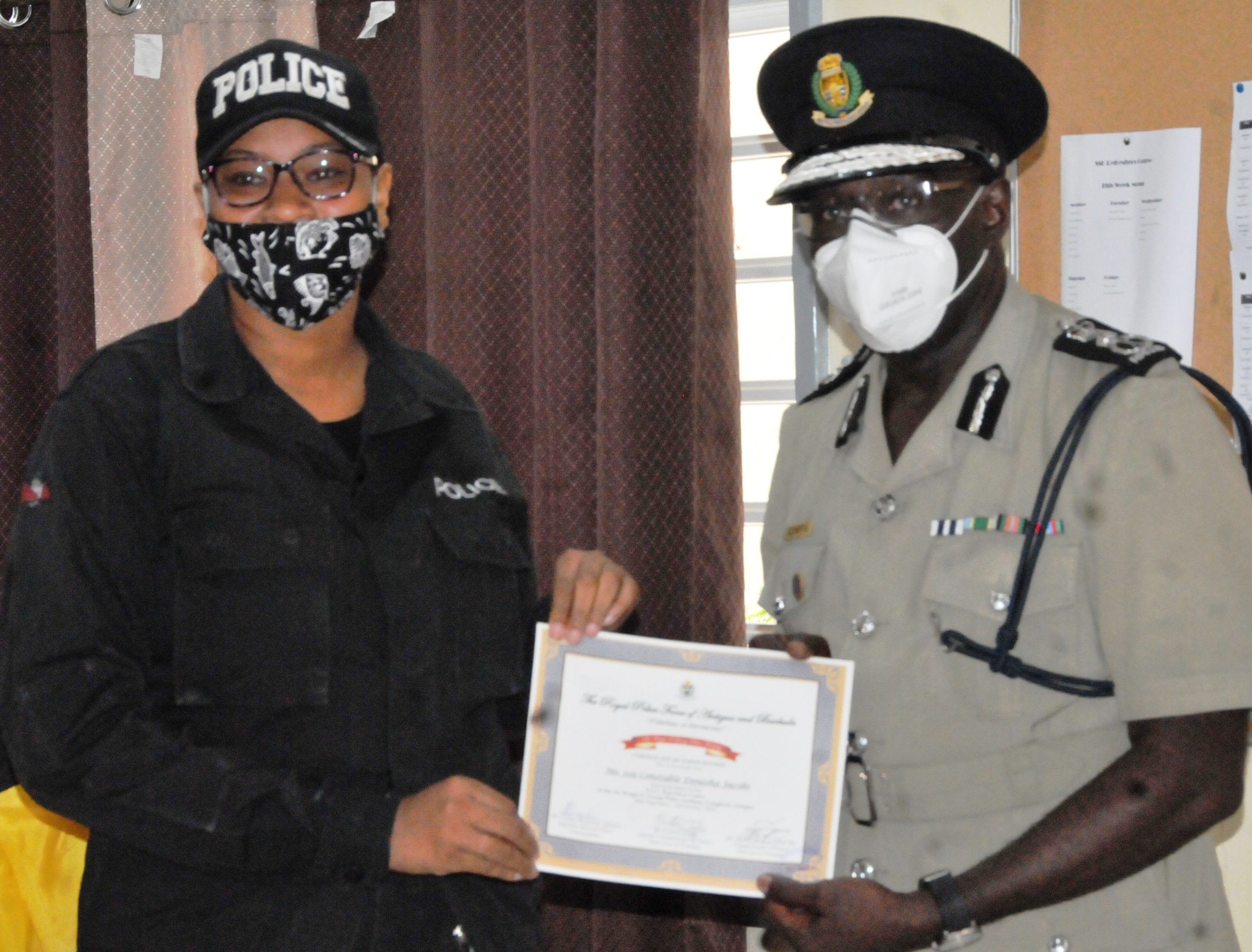 According to a release, each of the officers — from the rank of Constable to Corporal who participated in the September 28 to October 3 training — was awarded a certificate of completion.

Among the topics covered include the Public Order Act, Use of Force Policy, Tactical Casualty Combat Care, First Responders and Safe Encounter/Prisoners Handling.

This, and several other courses conducted at the training facility is in keeping with the overall mandate of the Police Administration to ensure that all officers within the rank and file of the force are adequately trained and equipped with the right tools to better serve the people of Antigua and Barbuda, the communique stated.

The training in most parts was facilitated by certified police officers within the force.