The man behind a petition aimed at protecting one of Antigua’s most prized natural areas from development says he is delighted by the response from residents.

Since Raul Samuel launched his online petition to save Seaforth Beach and surrounding mangroves from a vast residential and commercial project on Sunday it has already garnered 1,000 signatures.

More than 500 acres of countryside between Jennings and Five Islands have been earmarked for the country’s second special economic zone.

Samuel told Observer he was “heartened” by the level of support for his campaign.

“It’s a warm feeling to know that my desire to see Seaforth protected is shared by so many others. I am one who has never been vocal in this way so I really appreciate it.

“I am looking for more people to stand up and sign the petition – let your number count,” he urged.

“It’s critically important that we preserve something; we can’t destroy everything. If we allow the development to go as is, we are going to lose Seaforth.”

Fury over the scheme saw dozens of protestors take to the streets last month to condemn the project which encroaches on the country’s largest wetland area. It is home to some of the most special and unique wildlife on Earth including rare birds and endangered sea turtles.

Samuel said he fears all this will be destroyed.

For him, the area has a special place in his heart.

“My father is an avid fisherman; I’ve been fishing with him since I was a boy and it was one of our favourite haunts. But it’s about more than that – the area is so pristine it’s virtually untouched. It’s a virtual nature reserve that’s been sitting there unspoiled,” he explained.

“We hike, we fish, we catch crabs, we observe nature. Why can we not have a model of development that preserves all of this?” he said.

Design plans include private villas on the cherished beach long used by campers who flock there at Easter.

Samuel said “large tracks of land” have already been stripped of trees, including some mangroves.

“Even our precious, lush, fish/crab nursery has been marked for future destruction,” he said.

The area around Hanson’s Bay, adjacent to Seaforth Beach, is described as an Important Bird and Biodiversity Area (IBA) by global body BirdLife International, which means it is deemed important for the conservation of bird populations worldwide.

Comprising a complex wetland system, it includes Antigua’s biggest mangrove woodland, plus salinas and wet pasture, and has significant populations of many birds, including the three species of restricted-range hummingbirds.

Samuel, who is an architectural technologist by profession, said he’s not against development, just “unsustainable development”.

“We continue to see the degradation of these pristine habitats; they’re just being torn down. Our government continues to just say, take it and do as you please,” he claimed.

“Where are our guidelines? Are these developers fitting into our national plan or are they just given free rein to run wild?

“The rights of our people supersede those of any developer coming in here,” Samuel added.

The petition can be found online on the change.org platform.

Environment officials – including Minister Sir Molwyn Joseph – were approached for comment. None was forthcoming up to news time.

However, the Prime Minister’s Chief of Staff Lionel Hurst previously said the development was intended to attract a large number of investors to the country, boost the economy and create jobs.

Furore still abounds about the twin island nation’s first special economic zone – the Yida project – where work is underway in a protected area of Antigua’s north-east.

Businesses operating within both zones will be exempt from all taxes levied in Antigua and Barbuda. 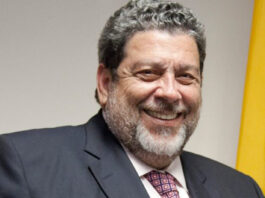 New aviation consultant for LIAT to be appointed 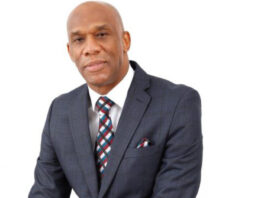 We can’t compare public and private schools – Director of Education 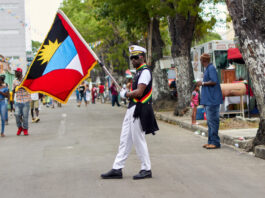