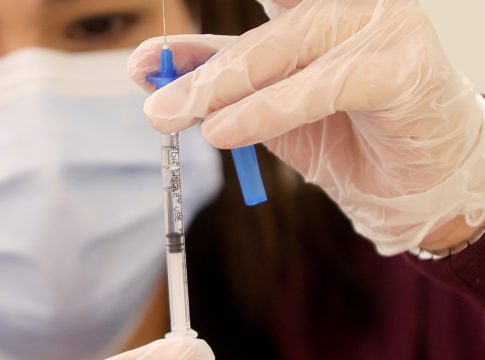 As of 3:45 pm Sunday, 259 residents have signed a petition demanding an easing of the Covid-19 health and safety restrictions for vaccinated customers and compliant businesses.

The petition that was launched on the Avaaz Platform by business man, Calbert Francis, is being widely circulated on a number of social media platforms.

Francis said that he launched the appeal after observing the myriad restrictions that have been implemented over the past few months and their negative impact on the various sectors that are trying to rebound.

“I just wanted to be a voice for those people who may be a bit timid to say how they are feeling. I just wanted to project that, and let them know that someone was out their championing their cause,” Francis said.

The businessman, who is also in the manufacturing sector, said he was surprised at the level of support that he has received from various business owners.

“Business owners have personally reached out to me, thanking me from starting this petition to help them to maintain some sort of business during this time where we are having a spike in coronavirus cases; they are hoping that they can continue to keep people employed,” Francis said.

The petition calls for vaccinated people to be subject to the former 11:00pmcurfew.

It is also asking for restaurants and bars to be allowed to remain open with a maximum of 25 vaccinated customers at any one time – and gyms to be open for 10 vaccinated people.

Several business owners have backed the document and supported the reasoning behind it.

Bars and gyms were forced to close as a result of the latest round of restrictions that took effect on Friday.

Restaurants are now limited to ‘takeout service’ only under the rule change set to remain in place for at least the next two weeks.

A new 8pm to 5am curfew also took effect as of Friday.

Francis said that once 300 or more signatures are collected, a hard copy of the online document will be submitted to the relevant authorities for consideration.