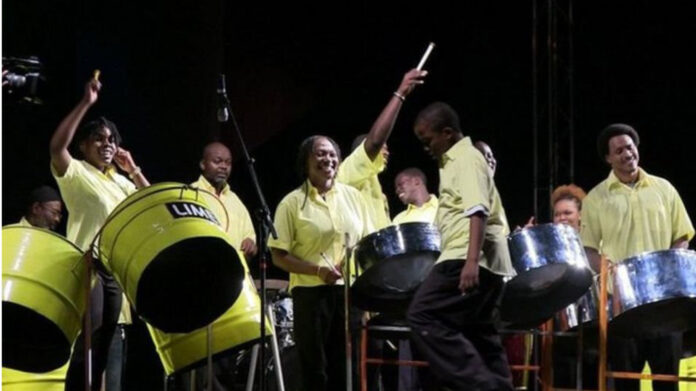 The Panorama competition has been reinstated to the 2022 schedule of Carnival events after news broke on the weekend that the staple event had been axed from this summer’s line-up.

Some members of the local steelpan fraternity — including the Captain of Gemonites Steel Orchestra, Joseph “Jowato” Henry — were of the view that little effort had been made by the government in attempting to stage Panorama this year, as Carnival festivities return for the first time since the Covid pandemic.

He was joined by scores of social media users who were concerned that the art of pan playing as a significant cultural practice would be lost.

However, according to information from Wednesday’s Cabinet meeting, the Minister of Creative Industries, Dr Michael Browne, led discussions with Cabinet to ensure every effort would be made to host Panorama in front of an audience inside Antigua Recreation Grounds (ARG), the established venue for Carnival.

“The Cabinet held a discussion about Carnival 2022 with the Minister of Creative Industries playing a pivotal role in the decision-making,” Cabinet notes stated.

“Every effort will be made to have a Panorama 2022; the effort will include providing some resources to the steel bands that are likely to participate, and ensuring that there is adequate space on the stage to ensure that the bands can play their tunes to the applause of an ARG audience.”

Henry reacted to the news, saying that even though it is short notice he is confident that it can be done.

As such, the Gemonites captain indicated the band will be participating in Carnival once everything goes according to plan.

“We will make every effort to go. We have a responsibility to our pan players and our sponsors, and I also believe that if the government is willing to reach out, meet the demands, and everything is in accordance with what we want, I don’t really see an issue,” Henry told Observer yesterday.

He also stated his belief that the Panorama competition had been increasing in popularity prior to the Covid-19 pandemic.

“My interest is pan development and its continuation. Gemonites has done a lot of work to preserve pan and ensure its continuity with Moods of Pan to bring awareness, school pan, and the renaissance of pan in Antigua as people learn pan,” he added.

The reigning Panorama champion is Hells Gate Steel Orchestra who won the competition in 2019 with a Khan Cordice arrangement of Burning Flames’ ‘Fire Unda Me Foot’.