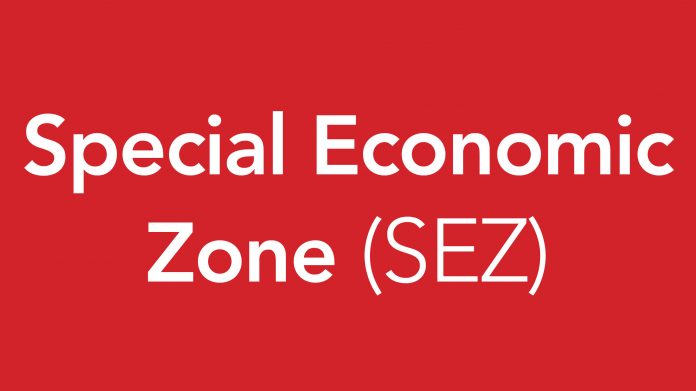 News of a second Special Economic Zone (SEZ) to be established in Antigua and Barbuda has raised questions of how it came to be.

A licence order to establish the SEZ was granted to Millennia-Montaigne Developments (Antigua) Limited) – MMDA – and includes 245 acres of land in Jennings and 304 acres in Five Islands – a total of 549 acres for the development of the zone.

The zone will include an educational hub, a healthcare zone, free trade zone, financial services district, crypto services zone, an entertainment and tourism hub and a residential area.

Residents and onlookers alike are asking how such a wide-scale development was granted without consultation or public discussion.

“I think there had to be a lot more discourse, and it should have happened months ago,” said Dr. George Brathwaite, Lecturer in the Department of Government, Sociology, Social Work and Psychology at The University of the West Indies, Cavehill and former Consultant Editor at the Caribbean Times.

“While there are advantages, we have to be absolutely careful in terms of the downside, and the downside comes in too much ministerial power, and the fact that there is not enough discussion and the extent to which the concessions appear fair,” Brathwaite said.

Dr. Thomson Fontaine, an economist currently working in South Sudan, and a former employee of the International Monetary Fund (IMF), agrees that the layout of the licence order runs the risk of discriminating against other investors and local clientele who would not enjoy the vast tax breaks and concession like those granted to the WISEZ throughout its lifetime.

Like the ABSEZ, the WISEZ will be free of all taxes levied in Antigua and Barbuda. The shareholders of corporations, the residents and foreign employees in the WISEZ will also be exempt from all corporate and personal taxes.

Other waivers include all import and export duties and taxes for commercial activities and for personal purposes, waiver of value-added taxes, sales taxes and capital gains taxes, as well as waiver of all sales and operations and development taxes and duties.

Given all this, Dr Fontaine said that the government would have to measure the cost of the benefits derived from the zone against the cost the country has to undertake to get those benefits.

“If you are going to have a hotel in an exclusive economic zone, does it then give this hotel an unfair advantage over the other hotels that are already established; hotels that have to pay taxes and do not get the duty-free concessions and so on?” he queried.

While such a development would increase the employment rate of the twin island state, the licence order also gives permission to hire a foreign workforce inclusive of non-residents and nationals.

Dr Fontaine says he is also worried about the developer having to find investors rather than the government having some say in the process.

“The devil is in the details of that Act,” remarked Anderson Carty, a Management Consultant specialising in Business Management, Industrial Relations and Human Resource Management.

In addressing the ownership of the land granted to WISEZ. which Prime Minister Gaston Browne said was not owned by the government, Carty said “Whether they are owned privately or publicly. I’m not sure that it makes much of a difference.”

He is wary that like many other projects, the arrangements may fail and the lands will be divided and parceled for resale at very huge profits for the developer.

In addition to the previously stated benefits, there is no restriction on commercial activities for any companies; entities approved to operate in the Zone do not require project proposals, feasibility reports, working administrative examinations or approvals to commence development.

Much of the other policies are akin to those in the Yida development including no spatial planning and construction restrictions and a single instance approval for environmental impact assessment. Like the ABSEZ, the government has undertaken to construct, install, deliver and maintain necessary infrastructure connections to the Zone like the constructions of roads, highways, power, water and telecommunication.

Observer was unable to reach Singh, however Professor Shailendra N Kulkarni, the Vice Chancellor of the Western Imperial International University which opened last Thursday, told Observer that Singh believes that the basic philanthropy and social services behind this project will get lost if he “comes on the camera.”

“He believes it is between him and the board and whatever he does should be taken at face value. He doesn’t like to be interviewed, he doesn’t like to talk about what good he has been doing and I’ve known him for the past 17 years so, it’s been like that for at least 17 years,” he shared.