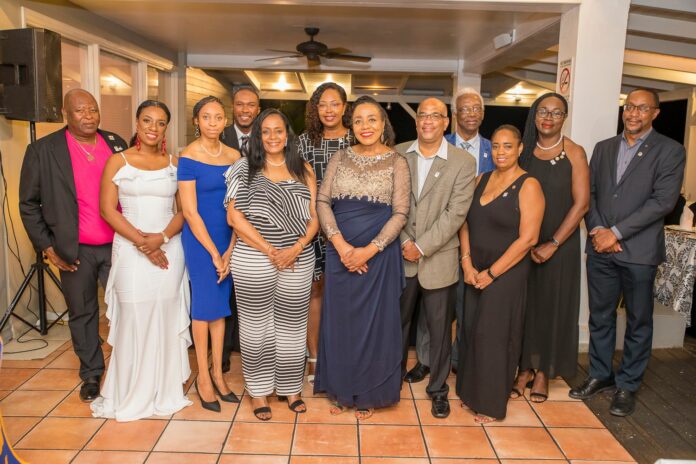 The Rotary Club of Antigua has once again completed a transition. On Saturday night, the body celebrated the achievements of the Rotary Year 2021-22 with the handover of leadership from Joanna Spencer to incoming President Ilean Ramsey.

It’s a year of celebration for the global service organisation; Jennifer Jones, of Windsor, Canada, was recently installed as Rotary International’s first female president in its 117-year history. Closer to home, the Antigua club marks its 50th golden jubilee year.

President Ilean pledged to be the president for all seasons. The club will continue with its longest serving project, “Meals on Wheels”, among others. There will also be collaborations with sister club, Rotary Club of Antigua Sundown, plus the Antigua and Barbuda Diabetes Association and other corporate donors as members strive to live the motto of every Rotarian which is ‘service above self’.

Funding of these various projects is continuing and very shortly the club will execute its major fundraiser, the Colours Fete, taking place on July 16 at Barnacle Point.