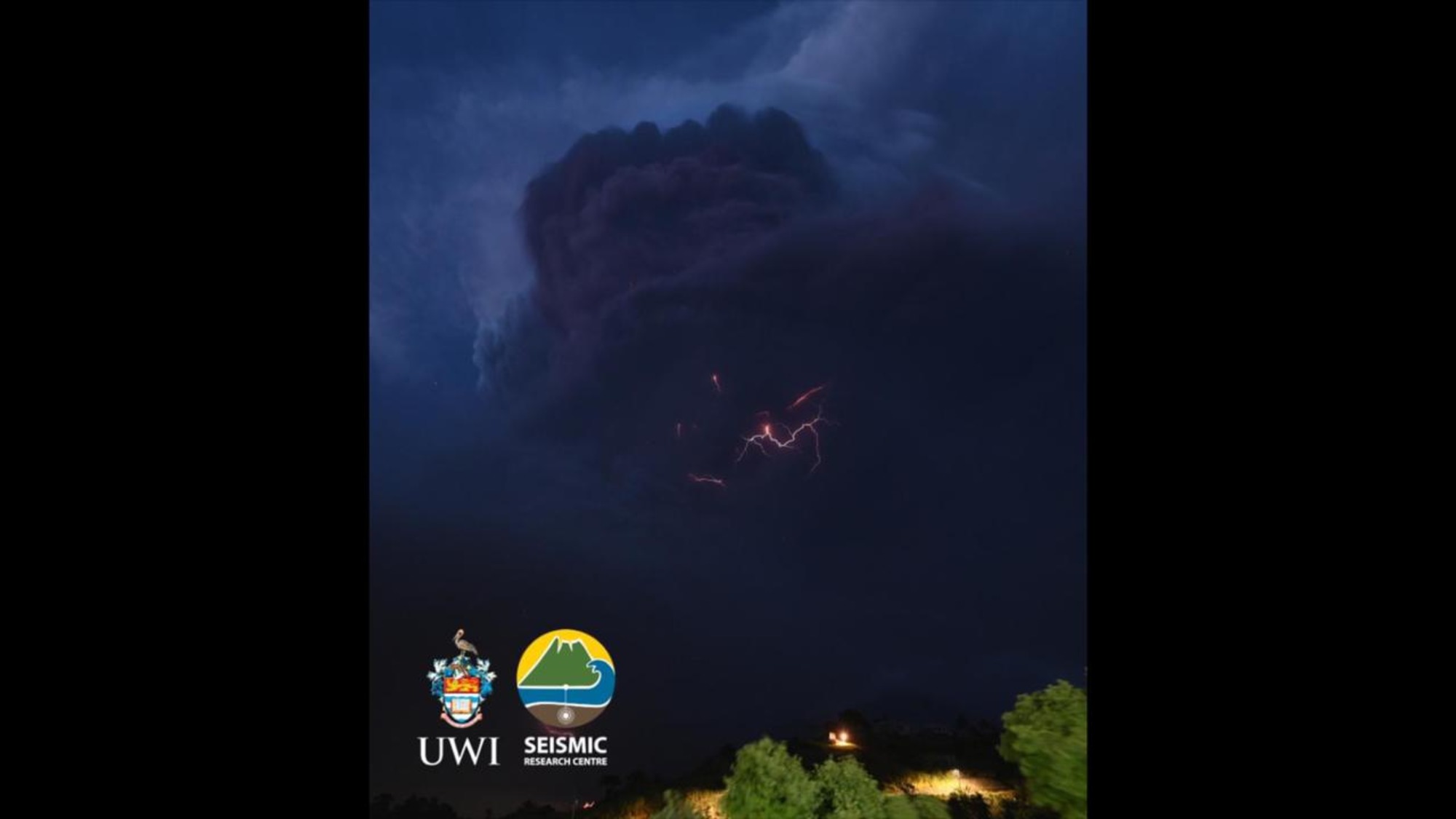 SOURCE- LOOP TRINIDAD AND TOBAGO: The UWI Seismic Research Centre and the National Emergency Management Organisation have confirmed that there was a large explosion at the La Soufriere Volcano at approximately 4:15 am on Monday.

The volcano column has since collapsed and according to NEMO, pyroclastic flows can now be seen along the valleys on the eastern and western coasts.

In a bulletin issued at 6pm on Sunday, the National Emergency Management Organisation said the seismic network recorded short episodes of high-amplitude seismic tremor, each lasting around 20 minutes and with gaps between them from one to six hours.

The episodes appeared to coincide with periods of enhanced venting or explosive activity. The background level of seismic tremor between the episodes has been increasing slowly since about 10:30 am.

Since the explosion that was recorded early this morning, residents say they’ve been hearing a gurgling sound.

This story will be updated when more information becomes available.

Editor’s Note:
Earlier today NEMO reported that the volcano dome collapsed following a massive eruption at La Soufriere at 4:15am. Scientists attached to the UWI Seismic Research Centre have since issued a correction stating that the columns collapsed. As Professor Richard Robertson explained: “The domes have already been destroyed and ejected. The eruption cloud went into the atmosphere and then collapsed causing PDCs.”