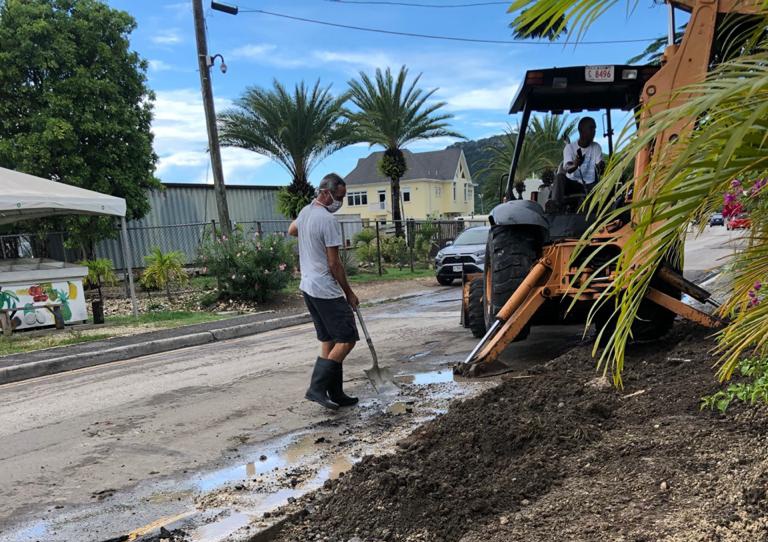 The actions of one business owner in the Nelson’s Dockyard National Park has evoked sharp rebuke from the management of the protected area.

On Friday, the attention of the National Parks was drawn to a violation of the park’s regulations, which occurred on the property of Colibri on Dockyard Drive.

According to reports, during a visit to the property, the operator of the business was observed  directing backhoe operations in excavating a sidewalk, where some 4-6 inches of material had been removed.

Reportedly, the business owner has, in the past, violated the Park’s building regulation and is currently under investigation to determine whether or not he expanded his restaurant on Crown lands.

Section 5 (2) a of the Park regulations of 2012 is clear and unambiguous in outlining the list of activities which require the written permission of the National Parks Authority.

This is just the second report of business operators allegedly not adhering to NPA regulations.

Some months ago, the NPA cooperated with the Development Control Authority (DCA) to halt work on the construction of a plunge pool at a home within the confines of the park, because of its proximity to the coastline.

Work has since been halted on that activity and the National Parks Authority will be pursuing the necessary action against the operator of the business for the open violation of Park regulations.

No word has been given on what action will be taken against that unnamed business operator.