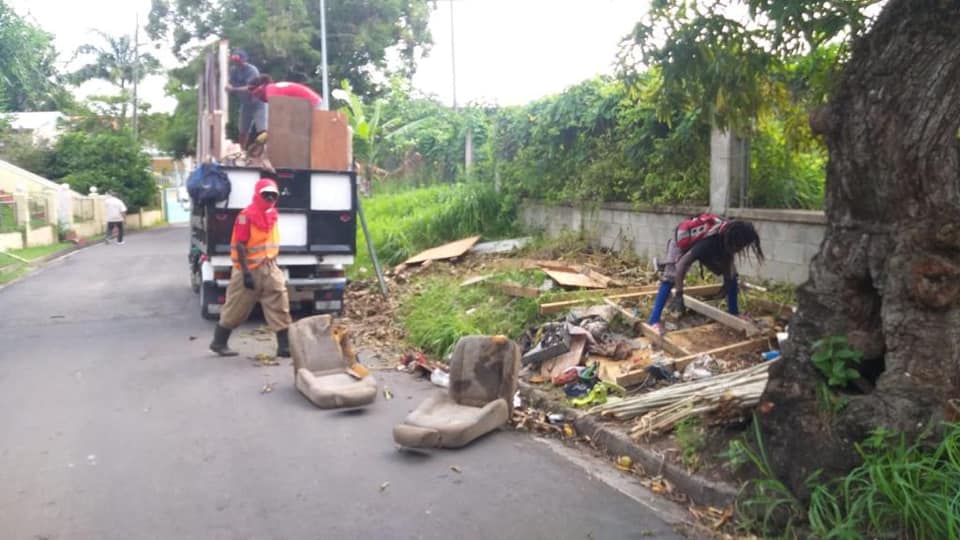 0ver 18.2 million pounds of bulk waste have been cleared from several communities across the island and taken to the Cook’s Sanitary Landfill for disposal.

This, as officers at the National Solid Waste Management Authority (NSWMA) wrap up the final stages of a massive clean-up campaign.

The campaign was launched ahead of the 2020 Atlantic hurricane season.

“This information is still without [the totals from] two zones. We are anticipating well over 20 million pounds of bulk waste collected as a result of this national cleanup. We have had some challenges in that residents continued to put out garbage after we’d completed an area,” Daryl Spencer, General Manager of the NSMA explained.

He later added that his team has successfully eliminated a number of mosquito breeding sites as well as destroyed breeding ground for rodents.

“We have collaborated with a number of ministries to ensure that we provide a safe and clean environment for nationals. Prior to the bulk waste cleanup, we also did a deep cleaning in the city to reduce exposure to the Covid-19 virus,” Spencer said. In addition to the bulk waste programme which is winding down, the department had started removing several derelict vehicles from across the island.  This program will continue in a matter of weeks.