National tennis player, Kevin Gardner has hinted that he could refuse to represent the twin-island state in future tournaments.
His statement comes just days after he denied “pulling out” of the country’s Davis Cup squad which is currently competing in this year’s tournament in Uruguay.
“A lot of times things go wrong and as you can see, for some reason, this Davis Cup situation went wrong but my issue with it is that no one is taking responsibility for what they have done. I was extremely disturbed to see in the newspaper [The Daily Observer] that I pulled out of Davis Cup and that I never made the flight,” he said.
“A lot of people are not taking responsibility for what role they played in this situation so to answer your question, I don’t know. Do I want to? Absolutely. Will I? That’s a different situation,” he added.
According to Gardner, the absence of a plane ticket that would have brought him from his base in North Carolina in the USA, to Miami, accounts for his not being on the team.
The veteran player said the Antigua & Barbuda Tennis Association (ABTA) was informed of the situation but that no ticket had been bought in his name up to the day of his scheduled departure.
Asked if not being offered a salary to represent the twin-island state was ever a deterrent to him, Gardner said the association did a poor job of addressing the issue even if it did not come up in any of their meetings.
“A daily stipend has been offered to players in the past but this is not the situation. I honestly understand the situation that the tennis association is in and I know their pockets are not the deepest when it comes to finances,” the player said.
“My issue is, put everything out on the table because I should not have to find out that I am not getting paid by cheeky remarks on the radio like, ‘if the players don’t know they not getting paid then they know now’,” he added.
Gardner has represented Antigua & Barbuda at a number of regional and international events to include Pan American Games, CAC and the Commonwealth Games.
Members of the Antigua Barbuda Tennis Association has promised to reply to Gardner’s claims at the end of this year’s Davis Cup. 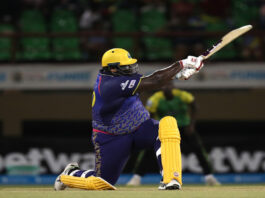 ‘We Know What Rahkeem Can Do’: Leeward Islands CEO Says Body... 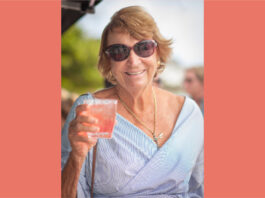