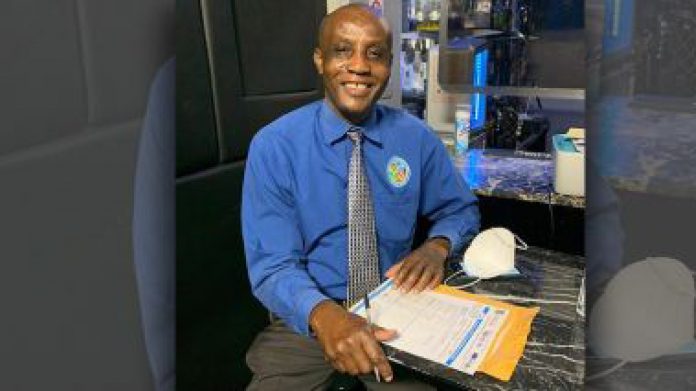 Former Chief Health Inspector Lionel Michael is supporting suggestions that unvaccinated cruise passengers should not be allowed to leave their ships when they dock in St John’s.

Antigua’s current Chief Health Inspector Sharon Martin made a similar remark on Sunday ahead of planned talks between government and tourism agents.

Michael said he cannot fathom how some Caribbean government officials would even consider allowing unvaccinated persons to leave the cruise vessels.

“I support what the Chief Health Inspector of Antigua and Barbuda was saying. I don’t even see how the Caribbean countries could even contemplate bringing in unvaccinated persons because that would put us back to March 2020 when the borders were closed because of the threat of Covid,” he told the Observer AM show.

“The protection was not there, only the specific protocols of handwashing and so on … however I think that the introduction of vaccines is the richest layer of protection for Covid-19 and that cruise ships avail themselves for that,” Michael said.

He questioned why local officials were even entertaining the notion of allowing unvaccinated cruise passengers to disembark while so many other countries have stipulated that only inoculated travellers are welcome.

He said even CARPHA, the top regional medical body, had published specific guidelines for the cruise sector, which include a recommendation that only vaccinated persons be allowed on vessels.

The talks surfaced after Florida Governor Ron DeSantis introduced a law to ban cruise lines from requesting proof of vaccination from guests.

Local officials are expected to meet shortly to discuss the move which Martin said would not be in the best interest of the country.

However, Chief of Staff in the Prime Minister’s Office Lionel Hurst has already made it clear that the final decision will be left up to Cabinet.

Meanwhile, Michael, who is the Chief Environmental Health Officer in the British Virgin Islands (BVI), gave some tips on how local authorities here can ensure the public’s safety.

He says in the BVI it is a requirement for cruise vessels to send a list of all their vaccinated passengers in advance. This, he says, determines whether the vessel will be allowed into the territory’s borders.

“Before ships set sail to come to a country the ship has to present certain basic documents. The Maritime Declaration of Health, the ship sanitation certificate, a crew list, a passenger list, and then with Covid we have asked for a vaccination list of all persons and evidence of vaccinations,” he explained.

“Those are the things that will be submitted prior to arrival of the ship 12-24 hours before the ship. You can say they may give you false information but those are the documents that we request and will look at to determine whether or not we are accepting the ship,” Michael added.

The luxury Seabourn Odyssey is set to become the first vessel to dock in Antigua since the start of the pandemic when it arrives here on July 20.