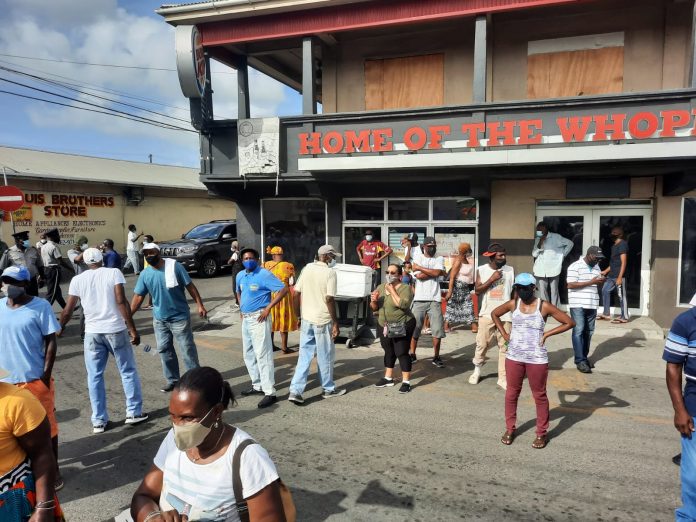 Lawmen have detained at least two people who they believe were directly involved in Sunday’s ‘Freedom Fighters’ protest against various Covid-related measures – even as the group has started to promote another picket.

Observer media was told that the homes of two females who wrote to the police requesting permission to march on behalf of the Freedom Fighters were raided early Tuesday morning.

The two women were taken into custody and are being held at the Police Headquarters, according to their lawyers. Police spokesman Inspector Frankie Thomas confirmed to Observer they had since been charged but did not reveal the precise nature of the charges.

The news came a day after Police Commissioner Atlee Rodney told media at a press conference that members of the group could face prosecution.

He said action would be taken once there is evidence to suggest that they continued to organise a march that was illegal.

The two females bring to 12 the number of people who have been taken into police custody in connection with Sunday’s protest action.

News of the raid comes as the Freedom Fighters plan another picket, this time for Thursday August 12 outside the Prime Minister’s Office.

The group, which has since issued an unsigned release amid apparent fear that the signees will be victimised, called the actions of the police on Sunday “barbaric” and in violation of their human rights.

The St John’s demonstration got heated when officers deployed tear gas and fired rubber bullets in what many residents consider to be an inappropriate use of force, although police chiefs have defended their tough measures.

“We, the members of the Freedom Fighters Association, do not consider these acts as either reasonable or acceptable,” they group said in the release.

“We are very disappointed by the approach and will not be dissuaded from expressing our rights in a peaceful manner. As citizens of Antigua and Barbuda, we will continue to make our voices heard until fair and equal treatment is received by all.”

The group is also calling for the release of those detained following Sunday’s demonstration, labelling the response of the police “an act of injustice”.