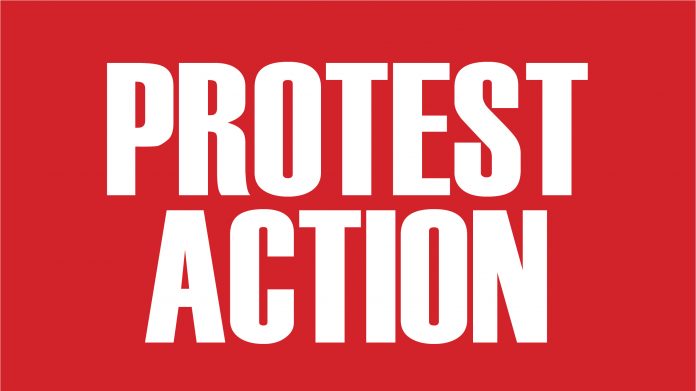 Handfuls of staff employed with the Ministry of Works have planned a protest for this morning to demand weekly stipends and unpaid remuneration for overtime that has accumulated over several months and years.

Workers in the transport department, roads, two quarries, the hot mix plant, and maintenance staff downed tools on Monday morning and now plan to picket in front of the ministry’s building from 7am today.

“They paid some overtime but they haven’t lived up to what we had signed to. We signed to receive eight months and we haven’t received that,” said Keithroy Merchant, shop steward at the Bendals Quarry.

“Paying salaries, yes, but telling us to wait until when? They didn’t give us a time or a date as to when they would disperse the balance of the money. So, the workers now get disgruntled, as they were already, so they took action this morning,” he explained yesterday.

Merchant told Observer that the ministry is aware of the industrial action which is planned for this morning.

It is not the first time that these workers have threatened to take industrial action against the government.

In 2014, workers protested for more than a month; in 2018 for more than a week; and as recently as January 2022, they contemplated taking industrial action for years of overtime payment and financial upgrades.

Following the meeting, he told Observer that “the industrial action is related to a number of issues. The most significant one, in terms of the one that affects everyone, is the question of unpaid overtime”.

He explained that, in some cases, monies are owed for about three years.

Potter said that the ministry had signed a letter of intent with the union to ensure that workers at the Bendals and the Burma quarries would be paid eight months of overtime by March 15.

“Some payments have been made but a number of the workers were not paid what they should have, some have not been paid any,” he said.

Last Thursday, when they were expected to receive a second installment, the workers were informed via letter that the government would not be able to pay them until salaries have been paid.

“We entered into an agreement since the 15th of February and you wait until the very day when you are supposed to make the payment to then say you cannot make the payment until some other time,” Potter stressed.

There is also a second part of the agreement with respect to all the workers at Public Works who are owed overtime dating back to three years ago.

He said that it is this seemingly nonchalant behaviour by the government over the years that has forced workers to take this action today.

The workers told Observer that they are prepared to continue industrial action until they get a concrete answer on when they will be paid.