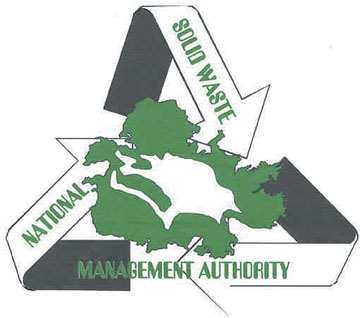 Antiguans generated over 17.3 million pounds of waste in a matter of just two years, causing alarm among some members of the National Solid Waste Management Authority.

In a few days, the NSWMA will end a month-long bulk clean-up campaign, one that General Manager Daryl Spencer said was quite challenging.

“We have been challenged because residents have been putting out their waste after we’d completed an area. That has forced setbacks and [return teams] to be mopping up many areas that we’d already completed.

“As we drive around, we are seeing residents putting bulk waste outside, and that is considered littering,” he told Observer on Tuesday night.

Spencer said as the clean-up activities wind down, there appears to be a great need for better waste management in the country.

“We need to rethink the way we manage and dispose of our waste. We have to discontinue the practice of just discarding our waste and leaving it for the government to deal with. This is putting a strain on the state,” he said.

According to Spencer, systems are in place to allow for the timely removal of bulk waste but says people have not been utilising them.

Meanwhile, Spencer revealed that six people have been charged for illegal dumping recently.

“We had six matters taken before the magistrate. Four have received convictions. Two were set back until October. Of this four, two were charged $3,000 each and we have two others who were ordered to do community service for six months.”

These men, Spencer claimed, have already begun serving their sentences.

The final leg of the clean-up moves to Barbuda next week.