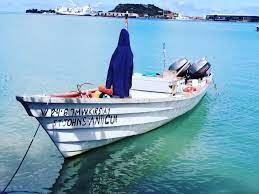 A 27-year-old man who left Antigua on a stolen boat to St Kitts and Nevis has been charged and imprisoned in the Federation.

David Smith who is from Buckely’s, St Kitts was arrested following his release from quarantine last week after testing negative for COVID-19.

In a press statement, St Kitts Police said Smith was charged for Entering a Port that is not Recognized as an Appropriate Port of Entry and for Entering the Federation Without Permission of the Ministry of National Security.

He was also charged by the Customs and Excise Department for Failing to File a Declaration with a Proper Officer; Arriving in the Federation in a Vessel at a Place Other than a Notified Place by a Customs Officer; Failure to Report Directly to a Customs or a Police Officer upon Arrival into the Federation; and Failure to Produce a Certificate of Clearance.

The man has been sent to Her Majesty’s Prison.

When police found the man, he has settled in a house in the Buckley’s Development area sometime after 3 a.m. on May 13.

The search for the man began on May 11, after the Police received information about a fishing vessel landing at Lime Kiln Bay and an individual with a suitcase getting off the vessel and running into the Lime Kiln/Village area.

The vessel has been taken into custody by The St. Kitts and Nevis Coast Guard.

It is still unclear whether the man was a legal resident of Antigua at the time he left the country.