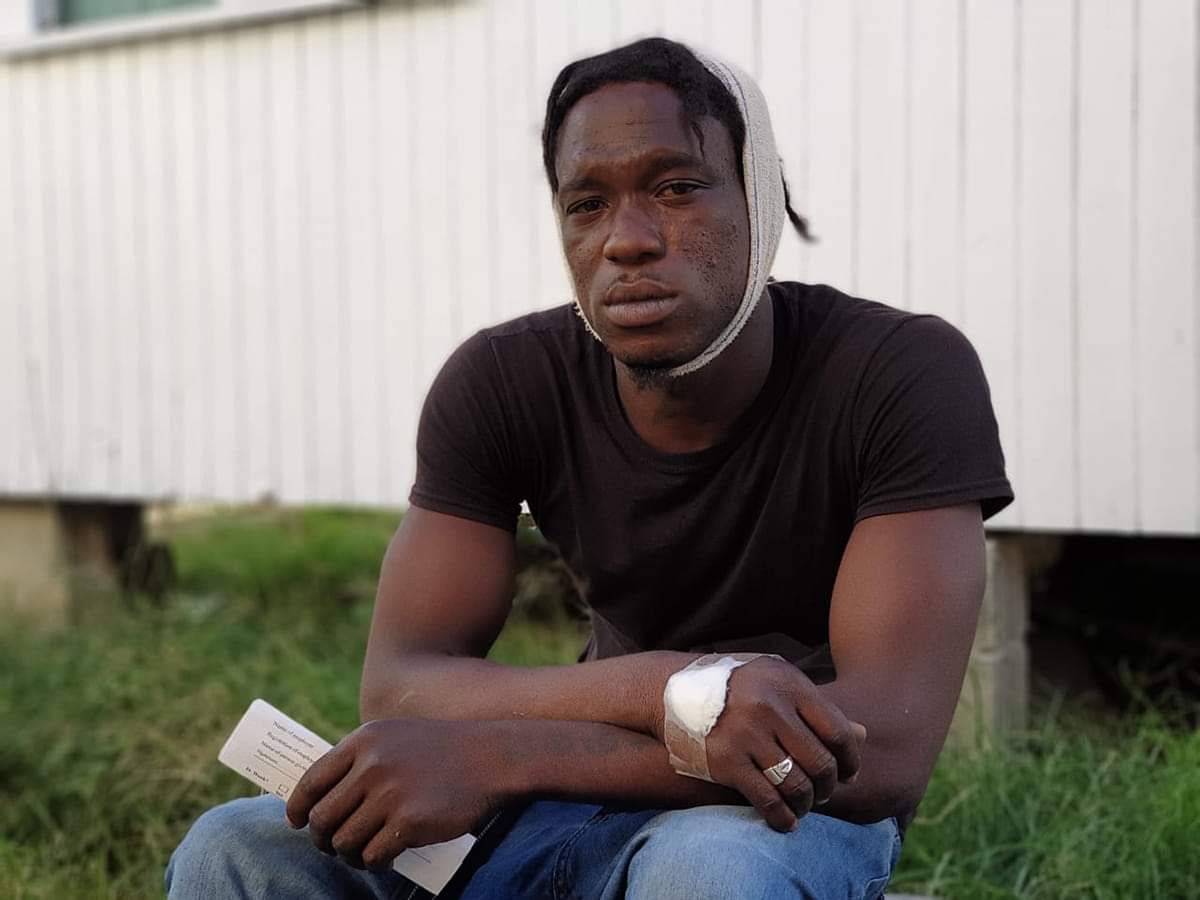 A St Johnston’s Village man who alleges he was viciously beaten by police will spend the next two and a half months in jail before he will be able to tell his story in court on July 14.

Johnathan Joseph, 26, of Spanish Town, was charged with multiple offences and remanded to prison on Tuesday morning, following an altercation with a police officer at the weekend.

Joseph told Observer that he was standing outside his home on Saturday night when a mechanic who works with the Antigua and Barbuda police force approached him.

“He come and push me inside ma house and jam the door open,” he alleged.

The ruction was so loud that it alerted his landlord and his neighbour, who came downstairs and tried to calm Joseph.

“The two ladies had me inside the house. The man left from outside and come inside ma house with a baton and beat me in my head. I get 11 stitches … inside my house [with] no warrant, no police uniform and no police vehicle,” he claimed.

Joseph told Observer media that he was taken to the hospital by members of the defence force that Saturday night and was discharged Sunday morning.

“The CID came last night while I was in the hospital and they took a voice note statement. One of the police took out his phone and he recorded what I said. That was the last I see them from since the hospital,” he told Observer on Sunday afternoon.

When our newsroom contacted the officer being accused, he refused to answer any questions and instead directed Observer to speak with police PRO Inspector Frankie Thomas.

Thomas, who had been made aware of the incident, said the events began when a group of men were found sitting in an area near Joseph’s home past curfew hours.

According to Thomas, the police officer who was on duty patrolling the area saw them and spoke to them. All the others had left the area he said, except for Joseph, who he noted started cursing the police officer, who had by then informed him that he would be arrested for breaking curfew.

“When the officer attempted to arrest him there was some resistance,” Thomas told Observer media.
In fact, according to police, Joseph left the area and returned armed with a machete.

According to the report made, the officer struck Joseph with his police baton in defence.

Joseph has since been charged with failing to comply with curfew restrictions, resisting arrest, making use of indecent and threatening language, being armed with an offensive weapon and battery of a police officer.

He appeared before Chief Magistrate Joanne Walsh in St John’s Magistrates’ Court yesterday and pleaded guilty to three of the charges – being armed with an offensive weapon, making use of threatening language, and resisting arrest. He was remanded to prison until July 14.

The police are continuing investigations into the incident.