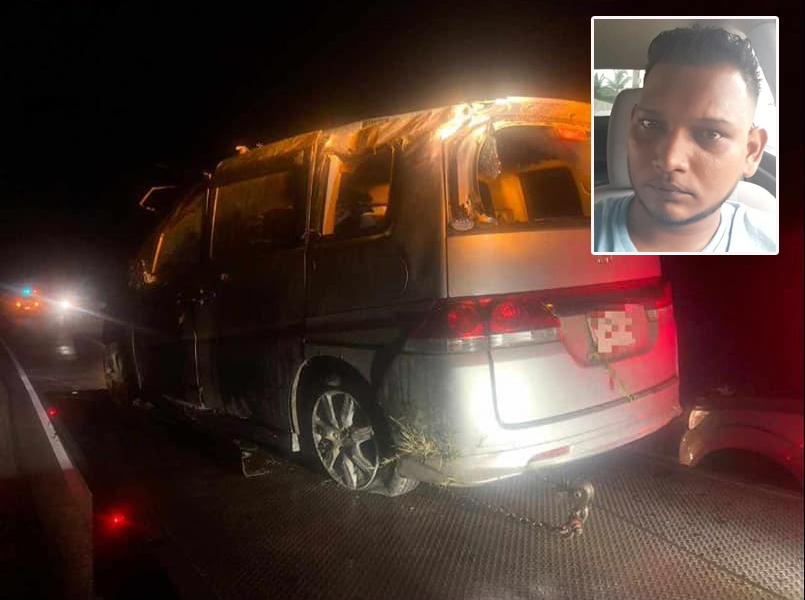 A Hodges Bay man has become the country’s third road fatality for the year 2020.

At almost 12:00 am Sunday, Vijai Persaud’s body was tossed from his vehicle when he crashed on Friars Hill Road near the Sir Wright George Police Academy.

Persaud was reportedly speeding in a Honda Step Wagon, travelling from west to east.

He is believed to have lost control of the vehicle, and ran off the road, causing the vehicle to flip several times, before it came to a complete halt.

He was pronounced dead by a doctor at approximately 12:31 am on Sunday.

One of his coworkers from Meridian Construction, reportedly identified his body. He is said to be around 30 years of age.

The newly rehabilitated, but unfinished highway has seen a few accidents of late. On Saturday there was another single vehicle accident on said road.

Head of the traffic department, Assistant Superintendent, Rodney Ellis, told Observer that although the number of accidents so far this year are less than that of last year, there have been a large number of “fender benders and people running off the road.”

There were reportedly over 60 collisions in the first few days in September.

However, the accident on Friars Hill Road, and another on Buckley Line over the weekend are the “most serious” of the spate of recent accidents, he added.

The country’s two other fatal accidents are Marcus Williams who died in March in an accident at the race track, and 17-year-old Theophilus Dyett who died two months after getting into a road accident in Big Creek.