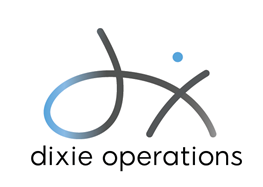 After 20 years of doing business in Antigua and Barbuda, call centre Dixie Operations Ltd will close its doors on June 30.

The news was confirmed in a meeting with staff and members of the management team early Wednesday morning via Zoom.

Dixie Operations Ltd is a contact/call centre which provides telemarketing and risk management to its sister company, 888holdings.

During a Zoom meeting last week, the workers were informed that they would be temporarily laid off.

In excess of 100 workers were told that the offshore company was thinking of parting ways with the Antigua branch and were laid off for one week pending a final decision on the future of the company.

“It was tough to hear those words honestly, especially because of the current state of the country,” one worker said.

Shortly after the announcement, the government had also intervened, asking the operators of the Old Parham Road business to reconsider its decision to close its Antigua branch. It also suggested other options to include a deferral of the decision to close, and to allow the staff to transition into new jobs when the economy stabilises. But those efforts were to no avail.

Although it will take two months for the company to fully wind down, the employees’ last day on the job will be on April 27, when the company formally ceases its operations.

All employees will qualify for severance which will be calculated at one month’s pay for each year worked. They will also receive full bonuses for the year 2020, and three months’ salary, which includes all outstanding overtime and vacation days.

Two of these months’ salary will be accounted for even after staff are laid off later this month as a gift from management in recognition of the “difficult times the pandemic has caused financially for persons”. This payout is expected to be made on April 27.

They will also get an extension on the private health insurance plan for participating staff until the end of this year, along with career and financial counselling and wellness services.

The employees, who received laptops in order to perform their duties during the lockdown, will also be allowed to keep them and those who may not have gotten a laptop will receive PCs.

A skeleton staff will, however, operate until the end of the month.

This is the second call centre to close its doors in the country in recent years. In July 2018, Alorica ceased operations at its Coolidge branch, laying off approximately 400 workers.