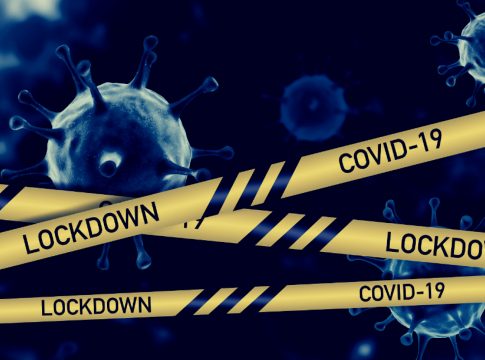 A country-wide lockdown may be looming for Antigua & Barbuda as the prime minister warns of a potential collapse of the economy.

Prime Minister Gaston Browne, visibly frustrated with vaccine hesitancy among the population, scolded the unvaccinated in Parliament on Thursday, saying “You all mashing up the country, you all mashing up our civilization.”

While Browne acknowledged that there are some people, because of medical reasons, who may not be able to take the Covid-19 vaccine, he begged those who did not have those reservations to take the vaccine no matter how healthy they think they are.

The prime minister warned – considering the ever-increasing number of infections – that the country could be forced into another lockdown.

“If the epidemiological condition gets worse or worsens in this country, is lock we have to lock down the country,” he stressed.

But based on the government’s approach, asking persons to “trust the science,” onlookers, including the head of the laboratory at the Sir Lester Bird Medical Centre, Dr Lester Simon, believes that this is not enough to convince those who have reservations about taking the vaccine.

On April, 6, 2021, 27,032 had received first doses of mainly the AstraZeneca vaccine. These were among the first set of people to become vaccinated since the programme began in March. Since then, just about 16,500 people have taken at least the first dose of a Covid vaccine.

As of Friday August, 10, 2021 only 35,709 had been fully vaccinated with an additional 7,972 receiving the first dose.  Those figures represent just about 36 percent of the population, including vaccination of children ages 12 to 17.

Meanwhile, unvaccinated persons continue to account for the majority of new Covid infections within the state.

Likewise, data for the week before – August 22 to 28 – showed 135 of the 174 new infections were detected in unvaccinated people.

The government was rather forceful in its approach this week, announcing that starting October 1, all unvaccinated public sector employees will be required to submit to biweekly Covid tests, before being allowed into government buildings. That restriction previously only applied to those employees on the frontline.

Prior to the recent spike in infections – dine-in restaurants, bars and gyms were only accessible to vaccinated persons.

The government has even responded favourably to a petition calling for greater freedoms for vaccinated people, amid the shutdown of some businesses.

In the meantime, the police force has indicated – with the support of the government – that it will be looking to actively reprimand those who are found to be in breach of quarantine and other related health protocols.

So far, no one in the country has been hit with the heavy fines that can be applied to quarantine breaches in particular.

The government has depended largely on people taking personal responsibility when it comes to staying in quarantine, since the financial implications on the government are increasingly burdensome.