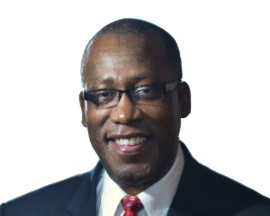 A renowned religious leader has added his voice to the national debate on whether the death penalty should remain on the country’s law books.

Capital punishment can still be applied legally “for the worst of the worst and the rarest of the rare” crimes, although the gallows at Her Majesty’s Prison have not been used since February 21 1991 when Tyrone Nicholas was hanged for murder.

He thinks the state should retain the right to impose the death penalty on convicted murderers.

“The gospel demands capital punishment. The gospel makes no sense if we regret capital punishment because hell is infinite capital punishment. Salvation comes to us only through Christ who vicariously took our place on the old rugged cross. He was executed to satisfy divine justice. So on the basis of justice and fairness, what punishment should be meted out on a person who selfishly, willfully and maliciously murders an innocent person, I think the answer is obvious,” Jonas added.