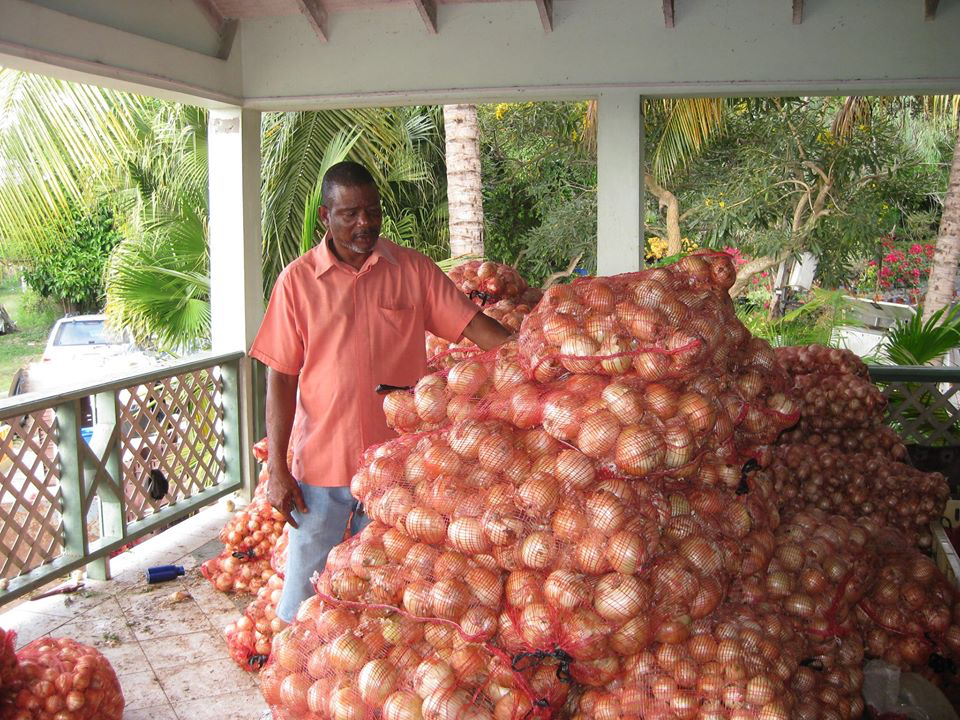 A benevolent local farmer plans to donate a significant portion of his next harvest to the poor and vulnerable in the All Saints community, in an effort to lend support in the trying months to come.

The veteran farmer and businessman, George Purcell, said his action will ensure that the elderly and the less privileged will continue to have access to food.

“With this crisis that we are in, as a farmer I need to step up my game even further and increase my production and plant more staple foods like sweet potatoes.

At a time when the local market is swamped with fresh fruit and vegetables due to the closure of hotels, the farmer said he plans to give these kinds of produce back.

And, similar to the advice which has been echoed by doctors, politicians, businessmen and citizens alike, he urged his farming colleagues and people in the country to remain healthy and maintain a safe distance from each other so as not to spread the disease.

He related that in recent weeks he has donated about 1,500 pounds of produce to the Fiennes Institute, Clarevue Psychiatric Hospital, the prison, and the Point and Gray’s Farm communities.

Purcell said he has been donating food for many years. He explained that he grew up in a farming household and his parents were always giving back. He shared a heartwarming memory which caused him to continue the legacy.

“It is a part of my DNA what I am doing. We would leave the market on a Saturday and they would just drive straight to the Fiennes Institute and offload all the vegetables we had left. Or they would pack vegetables at home and give me to take to the Fiennes or to Clarevue to deliver,” he said.

He further revealed that he had ramped up his cultivation in anticipation of the tourism season and Antigua Sailing Week. However, with the cancelling of these events he is now left with an excess of produce.

Purcell encouraged other farmers to follow his lead, adding that now is the time to prove to government that local farmers can grow enough food to meet local demand.