A local advertising agency is among a few from across the region that will be advancing to the second round of a prestigious advertising award programme after receiving the Silver Award at the first level.

This is also the second award in two years for Tarsier Strategy, led by CEO and Creative Director Lawson Lewis.

Tarsier Strategy competed in the Social Media Campaign with only one submission called “Neighbour” created for North Coast Hardware.

Lewis said this recent achievement is not only a win for the company, but Antigua and Barbuda noting that his entry was the only one from the Leeward Islands.

“We are the only Leeward Islands Agency to reach this far. Usually, the winners are from bigger islands with well-established agencies, like Jamaica, Trinidad, Barbados, and Puerto Rico. To be listed among them is a huge accomplishment.

“It’s really a prestigious organisation that caters for the top of the top and we, in the Caribbean, have a chance to enter through the Caribbean Advertising Federation. What the Silver means is that now we will actually move to compete in the Florida segment and if we manage to get a Gold or Silver then we move to nationals to compete against other states in the US,” Lewis said.

The “Neighbour” series of adverts features a noisy neighbour, Miss B, who is always trying to get one favour or another from her neighbour, who is a single father. The story line centres around North Coast Hardware and its product offering.

In explaining the idea behind the concept Lewis said: “In a conversation one day, Vaughn Skerrit, who works along with me to do the scripts, asked about having somebody like this obnoxious person that is ‘botheration’ and we all sort of have somebody like that in our lives. That is where the initial idea came from and we developed it further.”

In 2019, Tarsier Strategy won a MarCom International Gold Award for its work on the Tourism Authority’s #CoolisClean Campaign in the Video/Audio | Digital Video Creation | Animation category.

MarCom Awards honours excellence in marketing and communication while recognising the creativity, hard work and generosity of industry professionals. 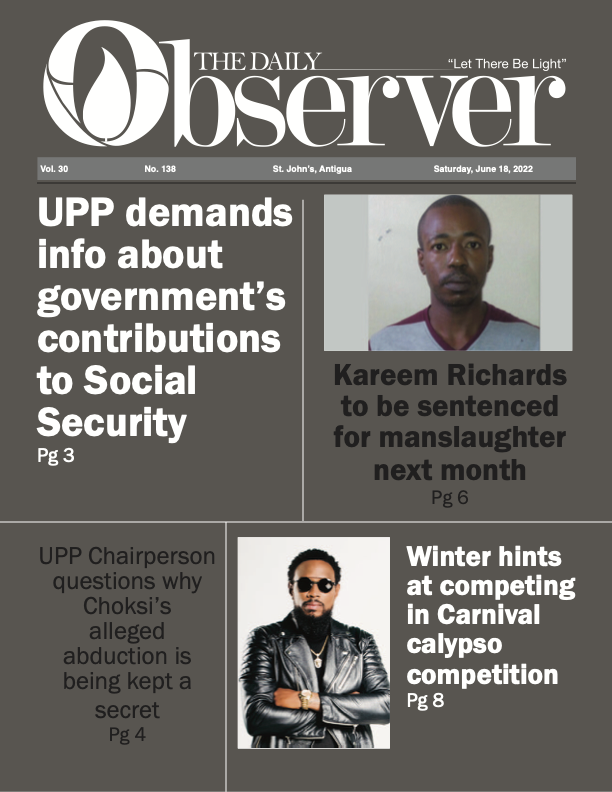