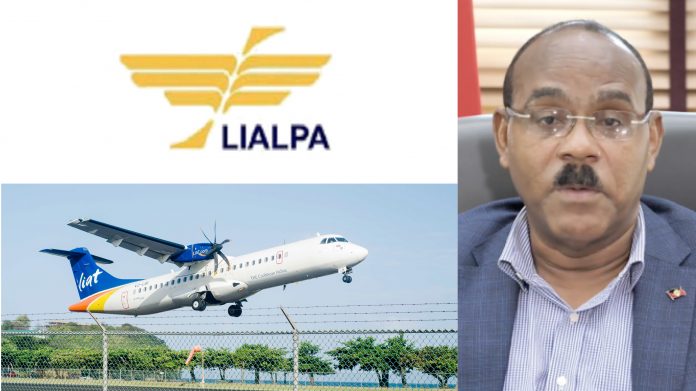 The body which represents LIAT pilots has described as “unfortunate” a decision by Prime Minister Gaston Browne to close the door on further discussions on the 50 percent compassionate payment offer extended to them.

Browne has taken a ‘take it or leave it’ approach after the Leeward Islands Airline Pilots Association (LIALPA) refused to accept the offer comprising 50 percent of LIAT’s severance liability via cash, land and bonds.

“We are very disappointed that your caring Cabinet was not convinced by you to award the 50 percent on entitlements. You stated that you understood the gravity of the situation and you stood by your word,” LIALPA wrote in an open letter addressed to the prime minister.

The union leaders, according to the letter, were charged with the almost impossible task of convincing its membership that this was a good offer.

In the absence of another meeting to discuss the issue, LIALPA asked some specific questions in the document, such as, “when will the 30 percent of the cash be available; how will these funds be disseminated; where are the plots of land; and when will we see the decree from the Cabinet waiving the alien landowner’s license?”

LIALPA is also seeking clarity on who will be responsible for initiating the University of the West Indies’ scholarship programme at the Five Islands Campus, which was also placed on the table.

“The lack of details and structure makes it impossible for most to make an informed decision. We are left to believe that the government does not fully appreciate the dire circumstances that we experience every day,” the LIALPA letter stated.

Furthermore, it added that many of the former LIAT employees find it inconceivable that this is a compassionate offer because of the non-recourse approach.

“If this were truly a compassionate offer, we should not have to sign away our rights to any proceeds from the sales of the company’s assets,” the statement read.

No other shareholder has offered a long-term solution to entitlements owed to the former LIAT workers.

The regional carrier’s former incarnation LIAT 1974 is owned by a handful of Caribbean governments but has been in administration since July 2020. It has been operating a limited schedule since November 2020.

“This is not an easy decision to make as hard-earned funds are being left on the table. We fully appreciate that these are taxpayers’ funds, however, you have preferred to spend $500,000 XCD per month on a visibility schedule, rather than to settle the amounts owed to the terminated employees of LIAT, some of whom have given over 40 years to the airline,” the letter to PM Browne added.

LIALPA was given until the end of the month to make up its mind about accepting the compassionate offer, which the government indicated expires then.