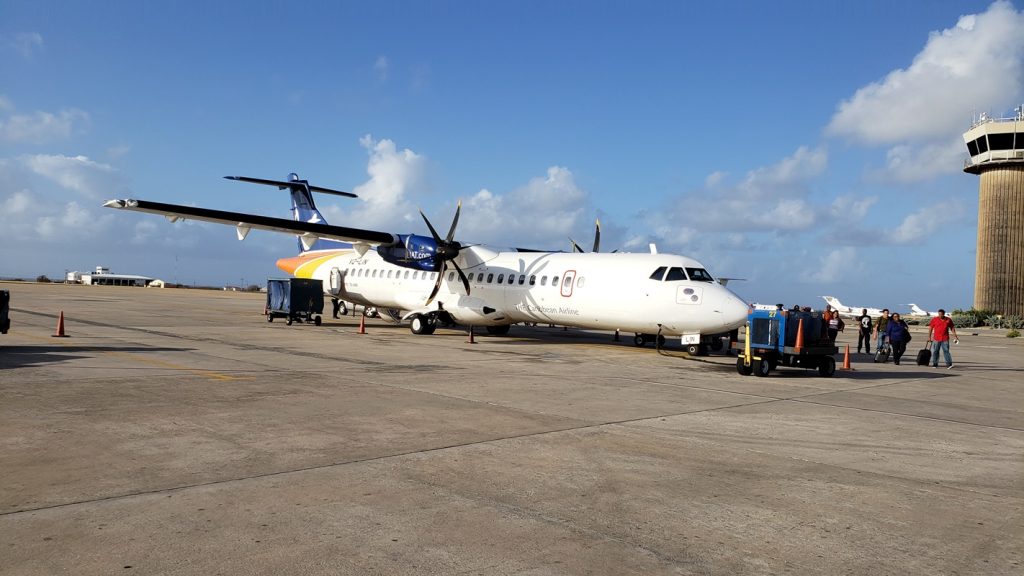 (BARBADOS TODAY) — Regional airline LIAT is moving to rebound from heavy losses from the COVID-19 crisis by offering chartered services, the carrier has told Barbados TODAY.

After being forced to suspend its passenger service about a week ago, the airline now stands to lose millions of dollars but remains hopeful that things will get back to normal by July.

“The impact will be in the millions and the amount of the loss will depend on the length of the suspension as well as the recovery period,” the company said in an email response to questions posed by Barbados TODAY.

LIAT has given the assurance that it would continue to operate charters and flights on requests while anticipating an improvement in coming weeks.

“We will also be expanding our cargo operation to provide a support role in the region,” it said.

While LIAT originally kept a reduced schedule to maintain connectivity, as of March 31, ten destinations within LIAT’s network had closed their borders and others imposed curfews as well as travel restrictions to contain the spread of COVID-19.

“Even with the few destinations technically open, the many restrictions mean that passenger traffic is limited given these measures. This has created dismal conditions for our ongoing operations,” the airline told Barbados TODAY.

While maintaining a skeleton staff during the period of suspension, the airline has also implemented a temporary layoff of employees effective April 1, 2020, that affected staff across the network.

Last Friday LIAT’s Chief Executive Officer Julie Reifer Jones announced the passenger services suspension starting April 4, for 14 days, and that the airline would only operate charters and cargo flights during that period.

“The suspension will be reviewed after the first fourteen days,” she said.

“Passengers booked during the period of suspension will automatically have their bookings cancelled and will receive a full credit. Passengers will be able to rebook as soon as the airline resumes passenger services,” she added.

During the suspension period, however, the airline has been able to assist Barbados and Dominica and said it was on standby to assist other countries and territories in the region.

On Sunday night, the airline brought in 99 Cuban specialist nurses, a doctor and medicines from Havana through Antigua to Barbados to the fight against the pandemic.

“We are also working with several governments to assist in repatriating citizens. We are open to assisting entities who would need that charter services to move essential personnel or citizens,” the airline said.

“We will also be expanding our cargo operation to provide a support role in the region for the movement of critical supplies including emergency and pharmaceutical supplies during the recovery,” it promised.

The airline has also been assisting in the repatriation of hundreds of European nationals from the region to Europe, by way of transporting individuals from Anguilla, Antigua and Barbuda, Dominica, St Lucia, Grenada and St Vincent and the Grenadines to Barbados so they can connect on a chartered Condor flight to Europe.

“We will continue to serve the Barbados market. We will have cargo services available for those Barbadians who need to import or export. A return to normalcy will depend on the ability to contain the pace of the virus and rebuild confidence in the travelling public,” it added while lauding staff, customers and stakeholders “for their loyalty and understanding during this unprecedented period”.