Home The Big Stories Kidnap fears: ‘We are always looking over our shoulders,’ says Choksi’s wife 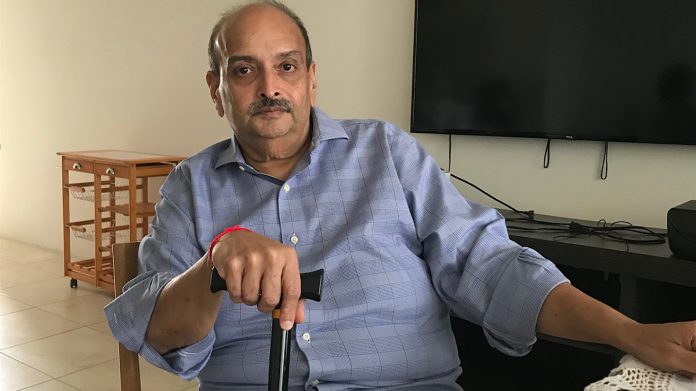 “We just want to hear from the police.” This is the cry of Priti Choksi, wife of diamond dealer Mehul Choksi, who was reportedly kidnapped from Antigua in May, beaten and taken to Dominica.

Priti told Observer yesterday that her husband, whose health she says is worsening, filed a report to the Antigua and Barbuda police about his alleged abduction several months ago but claims information has not been forthcoming since.

Attorneys representing Choksi also wrote to the Director of Public Prosecutions and the Police Commissioner Atlee Rodney questioning the apparent tardiness of the investigations.

Police say that the probe remains underway. Commissioner Rodney told state media yesterday that several people had been interviewed but no charges laid.

“Our lawyers have been writing. We hope that we will get a response. The police know what they are doing I suppose. I don’t know what else we can do,” Priti told Observer yesterday.

Sixty-two-year-old Choksi – who holds Antigua and Barbuda citizenship – is wanted in his native India in connection to an alleged US$2 billion fraud against the Punjab National Bank.

His distraught wife said it is hard living every day with the worry that something bad might happen.

“No one should live like this. We have to walk around every day looking over our shoulders,” she explained.

Choksi has publicly expressed fears of being “kidnapped again,” as he awaits the outcome of the probe into his alleged abduction.

Speaking to South Asian media agency, ANI News, earlier this week, Choksi disclosed that he is still confined to his Antiguan home – and worries that he could be the victim of another abduction.

“I may be coerced and kidnapped once again, and taken to Guyana where there is a strong Indian presence,” he told ANI.

His wife Priti believes the threat against him is heightened due to the upcoming general elections in India. Many commentators allege Choksi has become something of a political football between the country’s opposing parties.

“The way they behave, it seems more vindictive. How is bringing him back going to let you win an election? But who knows what’s in their minds,” Priti added.

Choksi – who is still fighting his extradition to India – went missing from Antigua on May 23 before being later apprehended by lawmen in Dominica.

He was charged with illegal entry by Dominican police, but maintained that he was kidnapped and taken there against his will.

In July, the High Court in Dominica granted him bail on medical grounds and he returned to Antigua, where he remains.

Choksi told ANI that he will remain victorious in his legal bouts, both in Antigua and Dominica, as he is “an Antiguan citizen who was kidnapped, abducted and taken against my will to a different country.”

He also referred to the lengths at which “certain” governments are allegedly willing to go to secure his presence, while noting that he has full faith in the legal systems for justice to prevail in the end.