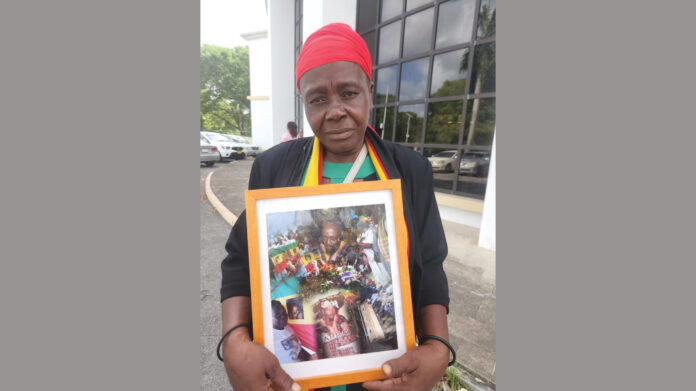 The 14-year prison sentence of convicted killer Kareem Richards was reduced to 12 years yesterday after the judge admitted to making a mistake in his initial sentence last week.

On Friday, Richards was taken to Her Majesty’s Prison to serve what was left of a 14-year sentence for killing his friend, 29-year-old Ogwambi “Jahijah” Marshall in 2018.

When Richards was being sentenced, Justice Colin Williams began with a starting point of 20 years and deducted 2 years based on mitigating factors and then took one third off for the guilty plea.

The judge somehow ended up at 14 years and after it was pointed out to him that the numbers did not add up, he called the convict back to court yesterday and corrected the sentence.

Jocelyn Marshall, the mother of the victim, told Observer that she was already dissatisfied with the judge’s decision in the first instance.

“I feel real real disappointed about that because no one can kill a man and get them little bit of sentence. I get no justice. No justice I get,” she said.

And, reacting to the reduction of the initial sentence, the emotional mother said: “This is really ridiculous; they advantage me.”

Richards stabbed Ogwambi Marshall of Christian Valley 10 times during a fight which erupted from an argument over derogatory remarks made about his sexuality.

He was subsequently charged with murder and was remanded to prison since his first court appearance that year.

But a few days into his trial in June 2022 he decided to plead guilty to manslaughter by way of provocation.

That lesser charge carries a maximum prison sentence of 35 years.