Joseph adds two-wicket haul to maiden half century for Worcestershire 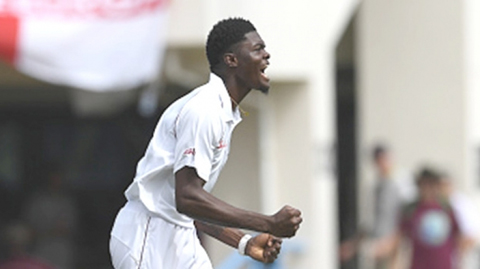 Chasing a sizeable first innings score of 436, Nottinghamshire crumbled for 276, despite 111 from opener Haseeb Hameed and not losing their first wicket until they had put 115 runs on the board.

Charlie Morris had the best bowling figures for Worcestershire, after taking 3 for 30 but Joseph chipped in with 2 for 33.

The West Indies accounted for top-order batsman Ben Duckett, and Nottinghamshire were then forced to follow on still some 160 runs short of the target.

In the first innings, Joseph was part of a staunch lower-order effort that ballooned the tally late on.  Joseph recorded his first half-century in the competition with 61, Ed Barnard added 58 and captain Joe Leach 84.

The total adds to Joseph’s debut innings of 46 from 55 against Derbyshire last week. On that occasion, the bowler also chipped in with three wickets. (Sports Max)