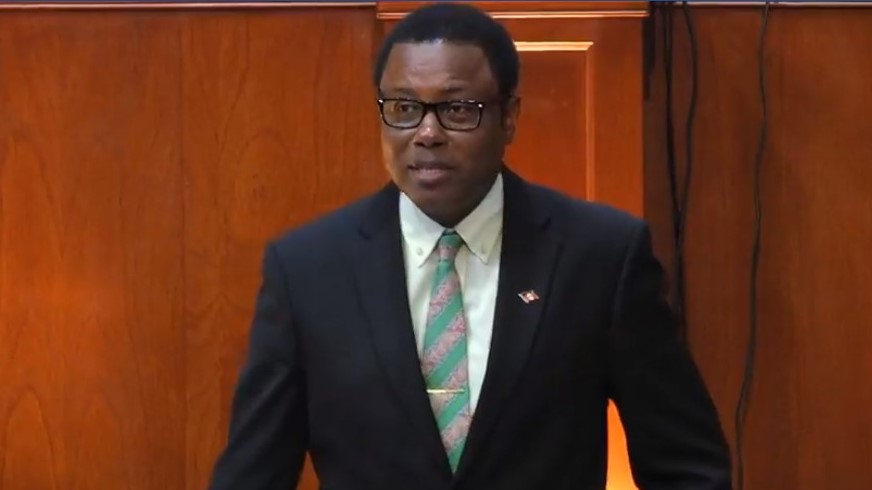 Calls have been made for Gender Affairs Minister Dean Jonas to quit after seemingly implying young girls could consent to sex with older men.

He was speaking ahead of a slew of activities marking the start of 16 days of activism to end gender-based violence.
In that interview the minister referred to sexual offence cases with minors which go unreported.

“In Antigua and Barbuda girls under a certain age, 16 years old, cannot legally have sex, boys too. Boys under 16 are not, in Antigua and Barbuda, allowed to have sex. So you have a situation where the girl who might be 13 or 14 have sex with a gentleman much older than her, maybe twice her age but it is consensual, she consented and the legal framework will be very harsh against the gentleman. So a lot of times it goes unreported because of that and that is the reason it goes unreported, because it was consensual. The penalty may be life imprisonment, depending on if it is aggravated and that is the reason a lot of these things go unreported”, Jonas stated.

Those statements have led to a barrage of criticism with many people calling on the minister to issue a public apology or resign with immediate effect.

The country’s main opposition United Progressive Party (UPP) has also issued a statement condemning the remarks.
The statement said, the party leadership and membership and Women’s Forum condemn the minister for his  “insensitive and flawed” remarks implying that an underaged girl can consent to sex with an adult male.

Political Leader of the UPP Harold Lovell was quoted as saying the statement was unfortunate and comes at a time when the focus is on getting the public – especially men – to realize that any type of violence against women and girls is wrong.

The party’s General Secretary Senator Shawn Nicholas also claims Jonas ought to be fired for his “ignorant and insensitive comments”, which, she says, amount to providing a rationale for raping a minor.

“Under the laws of Antigua & Barbuda, 16 years is the age of consent, and the Minister knows that! Therefore, there can be no explanation or excuse for his statements,” the Senator declared.

Minister Jonas was contacted by OBSERVER media for comment which he said will be forthcoming.