The government is accelerating arrangements to have the Jolly Beach Resort transitioned into a Covid-19 quarantine facility.

Cabinet spokesman Melford Nicholas said that the facility is likely to be ready for use within two weeks and will accommodate persons placed in government quarantine and isolation.

“Jolly Beach is in a state of flux, it is in receivership and so it’s a question of working with the receivers to ensure that we can put a management team in place to manage the health services that we want to do at that facility,” Nicholas told a press briefing yesterday.

However, in excess of 400 people who were once employed at the resort are still without outstanding wages, benefits and severance. It is now almost a year since the resort closed in March 2020 and the monies cannot come soon enough for these workers who have in some cases managed to secure menial jobs, working only three days a week.

Among them are persons who have worked at the hotel for nearly two decades and have had to resort to seeking help from family members and friends to make ends meet.

Meanwhile, the union representing the hotel workers – the Antigua and Barbuda Workers Union (ABWU) – is hoping that the Industrial Court will help to move the matter along.

“We have a consent order from the court with regards to a matter of outstanding wages and different benefits that were due to the employees. With regards to the severance, we are also seeking the court to give us a consent order that it’s a liability so that we can make moves to have those monies paid,” Deputy Secretary General Chester Hughes explained.

“It’s a very serious situation we are faced with at Jolly Beach [because] although the severance continues to gather interest, the situation is very dicey because the property is closed,” he added.

The union is insisting that the employees receive their severance and said they are in talks with their lawyers about taking “certain stance and certain positions” which they chose not to make public at this time.

The government too has tried to settle the matter, at one point attempting to compulsorily acquire the property through a debt swap.

In October, the government had hoped that the Wind Group from Canada would finalise a contract to purchase the property at US$33 million, making public that the receivers had been in talks with the prospective investor.

However, to date, there has been no change of ownership from the Jolly Beach Corporation and the Cabinet spokesman said negotiations are still ongoing. 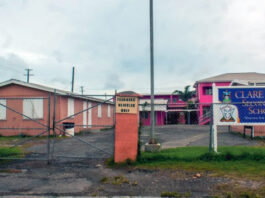 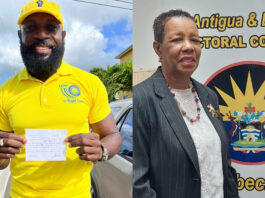 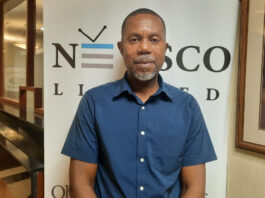 BPM moving ahead with legal action over ‘padding’ of Barbuda’s voter...