Island Original John Hughes continues to dominate the Antigua and Barbuda Football Association’s (ABFA) First Division after picking a fifth straight victory when they edged Police FC 1-0 on Monday. Playing at the Police Recreation Ground (PRG), John Hughes had their lone and winning strike come from Stephen Hughes in minute 32 as they move to 15 points at the top of the 12- team standings after six matches.
The lawmen, who suffered their third loss in six matches, remain 10th in the standings with five points. Meanwhile, Willikies jumped into the fifth slot on the standings following a comfortable 2-0 victory over Pigotts Bullets. Playing away to the former top flight contenders, Willikies struck in as early as the 11th minute via Phil Nicholas. Daniel Nanton doubled his team advantage in minute 31, sealing the victory for the visitors.
Willikies moves to eight points while Bullets, relegated to the First Division last season, remain on eight points and sixth in the standings. Also, national youth striker Keon Greene was in fine form for Potters Tigers, scoring twice in their 4-1 trouncing of home team, Sea View Farm. Greene, who is fresh off representing Antigua and Barbuda in the CONCACAF Under-20 tournament, scored in minutes 65 and 77 to lead his team’s charge. Farm’s destruction however started in minute 20 when Jamil Williams scored an own goal while Jervez Lee extended Farm’s lead in minute 42.
The victory moves Potters to seven points and seventh on the standings. Markland Wright scored the only goal for Sea View Farm as they remain on one point after three showings. In Monday’s other contest, Ottos Rangers FC and Fort Road FC played to a 2-2 draw as they both remain in the top half of the table. Shaquille Carr opened the scoring for Rangers in minute 32 before Joumal Semper drew Fort Road level just five minutes later.
Fort Road went ahead on minute 67 via a strike from Zakeem Michael but Carr would have the final say, scoring in minute 81 to secure a single point for his team. Rangers moved to 11 points in the third position while Fort Road lies fourth with 10 points. 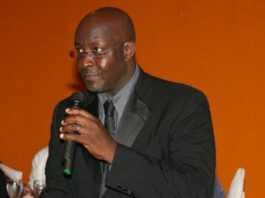 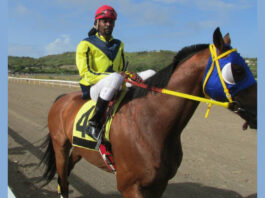 It is not that competitive just yet, says Pre-Whit Monday Race... 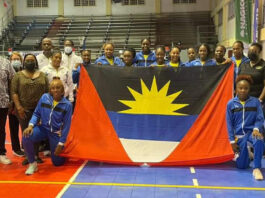