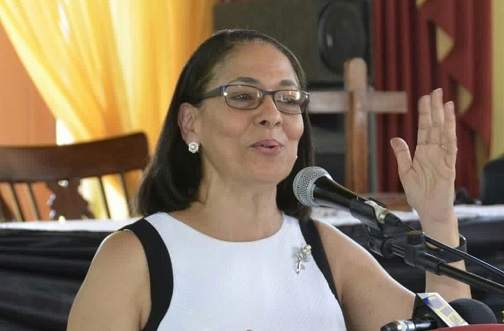 (Jamaica Observer) – Minister of Labour and Social Security Shahine Robinson has died. She was 66 years old.

Robinson had been missing in action from work, Parliament and social engagements for some time.

She was fighting lung cancer and had been in and out of hospital since 2018.

The member of parliament, who is originally from Claremont in St Ann South Eastern, represented the St Ann North Eastern constituency.